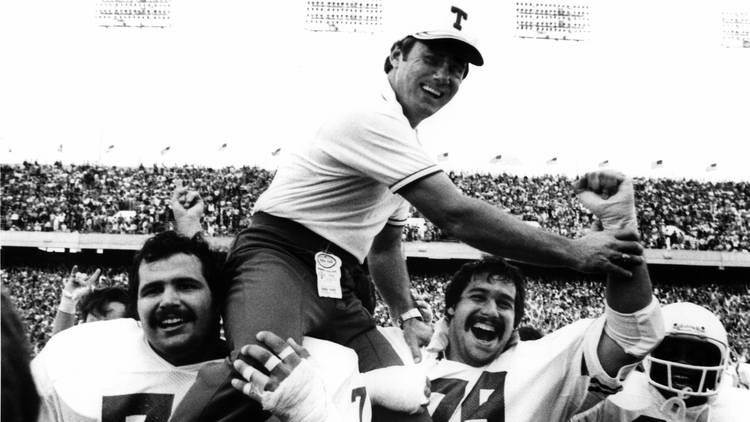 Hand out photo courtesy of the University of Texas Athletics Department of Coach Fred Akers. Received 09/25/07.

The Texas Longhorns are enjoying, we think, some preseason hype as many publications (including this one) have the Longhorns snapping one  of the worst win-loss stretches in program history and returning to football relevancy this fall.

Texas is No. 22 in the Statesman’s top 25 preseason poll and that follows many of the same rankings from other outlets.

How many games will they win? And do you like gambling on such things?

Is eight games reasonable for a team that finished 2016 on a three game losing streak that included two home losses sandwiched between a loss in Lawrence, Kan.?

According to the Westgate Las Vegas Superbook, Texas is -110 on the over.

The best season ever for a Texas first-year coach is 11-1 in 1977 under Fred Akers, so if you’re betting the over know that you’re banking on Tom Herman to win more games than Darrell Royal did in his first season (six) and the same amount as Mack Brown (nine).

So what’s the average wins for a first year Texas coach since the 1890s? The answer is an average of 5.5 wins since 1894 with the highest win totals coming in Akers  (11) and Blair Cherry’s (10) first seasons.