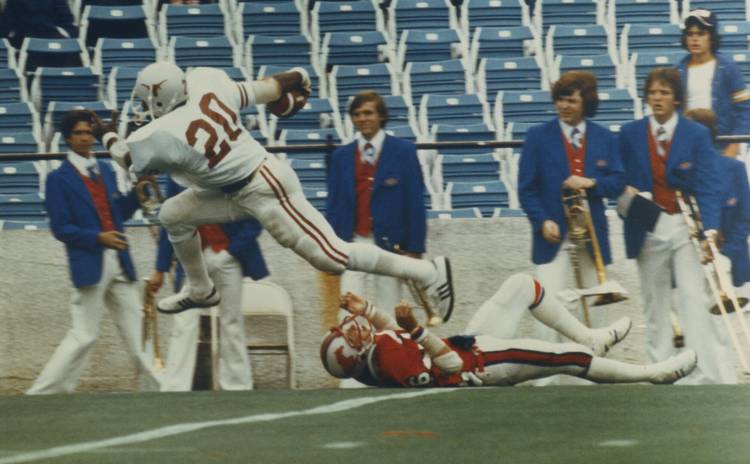 Earlier this year Athlon listed former Texas running back Earl Campbell as one of their top 50 greatest college football players of the last 50 years.

Today, Campbell was placed on another, and one could argue much more significant list: the 50 greatest black athletes list.

The Undefeated, an ESPN-owned website, listed the 50 greatest black athletes of all-time. The list is compiled from a survey given to the public and the Undefeated.

“Each athlete was ranked on four factors: overall ranking, dominance, inspiration and impact on society,” according to The Undefeated.

The ranking highlights Campbell’s amazing 1977 season at Texas when he rushed for 1,744 yards as well as his Hall of Fame career, where he rushed for 5,081 yards in three season.

Campbell was recruited to Texas by Darrell Royal, who was the head coach and athletic director at Texas when the Longhorns finally broke the color barrier in the department in the 1960s. The first black football player at Texas was Julius Whittier, an offensive lineman from San Antonio, who like Campbell is a member of the Longhorn Hall of Honor after an All-Southwest Conference career.

Myles Turner: ‘I wanted to stay. Austin, TX is like my favorite city in the U.S.’