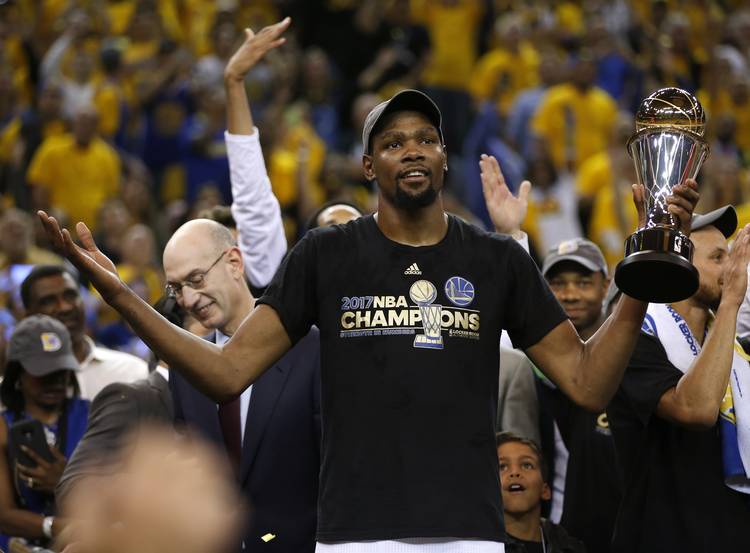 Even if you didn’t watch the ESPY Awards on Wednesday night, you probably saw the video.

Yeah, that video. The one where Peyton Manning’s joke about Kevin Durant joining his “dominant” gymnastics team got the ultimate straight-face from the NBA Finals MVP.

In case you somehow missed it…

Kevin Durant was not feeling this Peyton Manning joke AT ALL 😂 pic.twitter.com/kdXTr2gE1E

Yeah, Durant was not having any of it. Except, maybe he was?

According to ESPN NBA reporter Chris Haynes, Durant was in on the joke the whole time and “played his part well.” If that’s the case, Durant just trolled the whole internet into trolling him.

For those interested, I'm told Kevin Durant was in on the Peyton Manning gymanistic team roast at #ESPYS2017. KD played his part well.

At the very least, we can all thank KD for bringing some life to one of the slowest sports weeks of the year. The memes were absolutely brutal.

Kevin Durant got laughed at by his own mom at the Espys. #NBA pic.twitter.com/UXOQItJXnJ

KD wasn’t amused… Or was he?

Good grief. Football season is only 51 days away, and it can’t arrive soon enough.