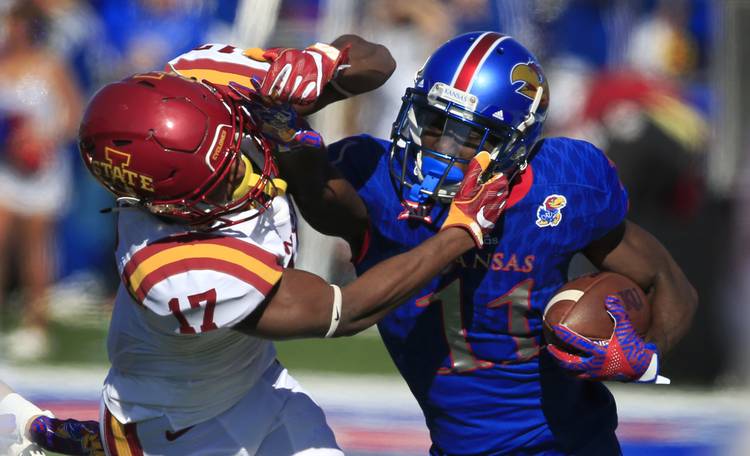 Unlike fellow Kansas wide receivers Daylon Charlot (Alabama) and LaQuvionte Gonzalez (Texas A&M), Steven Sims Jr. wasn’t a big-time recruit. The Jayhawks were his big-time, the only Power 5 offer received by a three-star recruit out of Fort Bend Travis in the Houston area. Yet Sims, the No. 2,110-ranked recruit in the Class of 2015, caught 72 passes for 859 yards last season. He’ll be expected to lead a talented (yes, you read that right) Jayhawks receiving corps in 2017.

Sims isn’t flashy, but Texas already knows how destructive he can be. In the game that sealed Charlie Strong’s fate, Sims made two crucial plays. Neither involved catching a pass. He juked Longhorns safety Dylan Haines out of his shoes for a two-point conversion, then batted what looked to be a sure interception away from Kris Boyd in the dying seconds of regulation. What Sims (5-foot-10, 176 pounds) lacks in size, he makes up for with a high football IQ and sure hands.

In addition to the game-changing plays mentioned above, Sims caught seven passes for 79 yards in last year’s meeting.