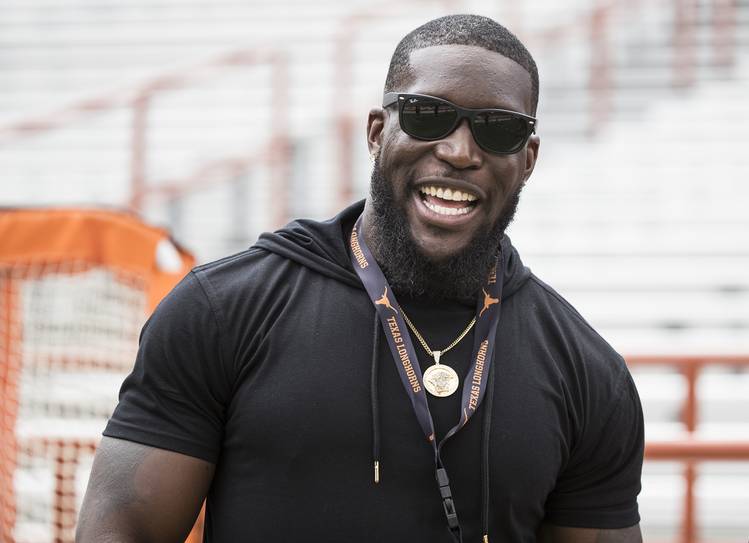 When loyal Texas fan Lindsey spotted large men in Texas gear pushing a truck up a hill, she assumed they were current Longhorns preparing for the upcoming season.

As it turns out, Texas exes including Brian Orakpo, Michael Huff, Aaron Williams, Mykkele Thompson, Michael Griffin and Fozzy Whittaker were out for a grown man workout.

Shout out to my friend for taking video of the Longhorns getting ready for Football season! I like how you roll Coach Herman!!! Pushing trucks is how we do it in Texas! #HookEm #LonghornFootball #Texas #TexasFootball #texasforever

In the cases of Orakpo (Titans), Thompson (Giants), Whittaker (Panthers) and Williams (free agent), it’s time to get in shape before training camp. Huff apparently likes pushing cars around for fun. And Michael Griffin was behind the wheel.

We grinding over here! pic.twitter.com/NB4kKA0MBg

S/O to the driver @mikegriff33 and his Jeep! We getting it in over here baby!!!! Almost topping 15mph! Keep up @orakpo98

H/T to Linsdey for shooting the videos and allowing us to use them.

Report: Kevin Durant was in on Peyton Manning joke, trolled everyone