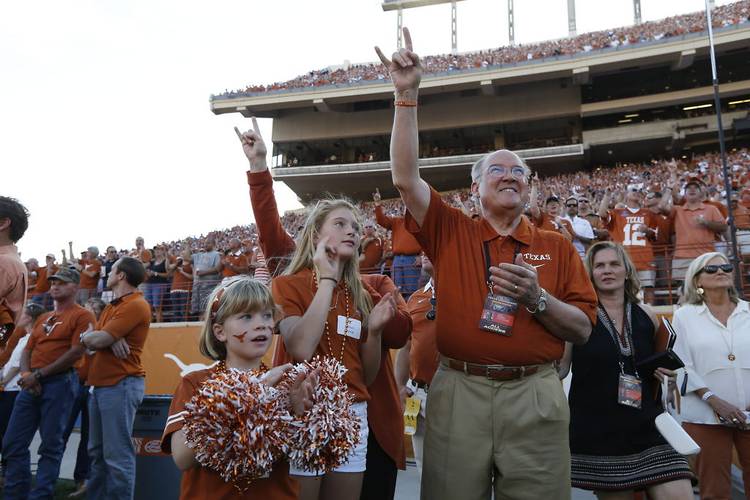 For the first time since 1957, Darrell Royal’s first season, Texas began the 1966 season unranked. And for the first since 1956, Texas failed to land in the top 25 once during the entire season. The 1957 season turned out to be a strong one, as Texas finished No. 11 in the polls, but the 1956 season is the worst in school history.

So that’s some background entering 1966. Texas won seven games, but played only one ranked team, No. 9 Notre Dame, and lost 10-6. Texas lost to Oklahoma for the first time since 1957, then lost the following week to Arkansas, 12-7.

Despite what is likely a lost “ho-hum” season, Texas did go a solid 7-4 and won the Bluebonnet Bowl 19-0 over Mississippi State. Led by sophomore quarterback Bill Bradley and running backs Jim Helms, Chris Gilbert (a 1,000-yard rusher), Linus Baer and Greg Lott, Texas improved by one game from the previous season.

Also on the team was a dude named Mike Perrin, who recorded 14 tackles. The future athletic director trailed Joel Brame quite a bit, as Brame had 134 tackles that season, followed by Fred Edwards, who had 102.