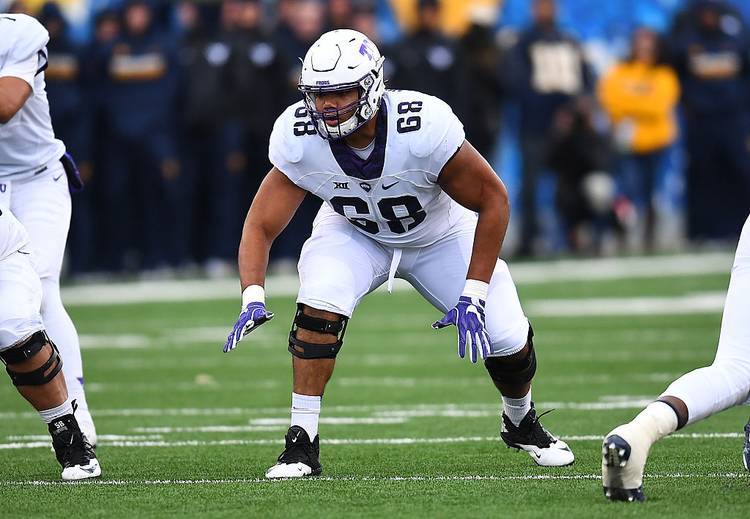 MORGANTOWN, WV - OCTOBER 22: Joseph Noteboom #68 of the TCU Horned Frogs in action during the game against the West Virginia Mountaineers at Mountaineer Field on October 22, 2016 in Morgantown, West Virginia. (Photo by Joe Sargent/Getty Images)

With 26 starts under his belt, Joseph Noteboom is TCU’s most experienced player. The senior already experienced being a leader in 2016, and under his tutelage the Horned Frogs were the top pass-blocking team in the Big 12 according to Pro Football Focus. The 6-foot-5, 322-pound left tackle from Plano was a big reason why.

It will be up to Noteboom and the rest of TCU’s experienced offensive line to set the tone for the offense. All of the pieces are there, and running back Kyle Hicks already proved he can be a 1,000-yard rusher. A little more consistency from quarterback Kenny Hill would go a long way, and with guys like Noteboom around he won’t have many excuses. Right tackle is the only spot where TCU needs a new starter, so that might be a place for opposing teams to exploit.

TCU rushed for 309 yards and four touchdowns on the way to a 31-9 victory over the Longhorns in 2016. Noteboom had key blocks on three of those scores.

The American-Statesman’s Top 25 countdown: No. 15 Louisville