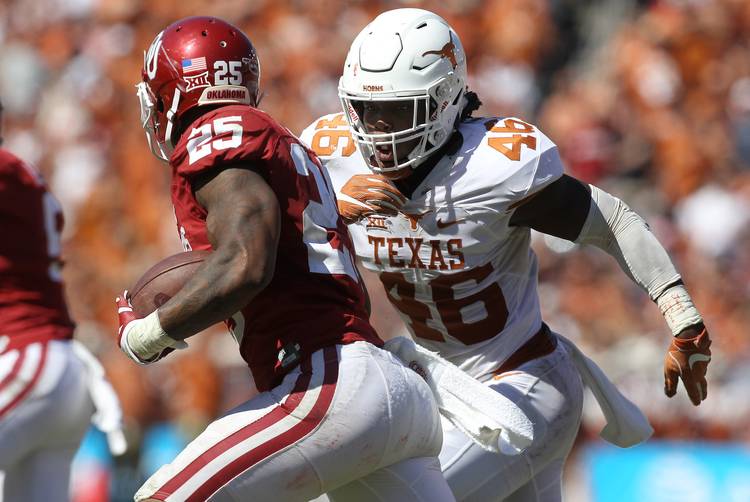 For the second year in a row, Texas linebacker Malik Jefferson is on the Dick Butkus Award watch list.

The junior linebacker is already on the Chuck Bednarik and the Bronko Nagurski award watch lists.

Jefferson, the standout linebacker and former 5-star recruit, had 62 tackles and 5.5 sacks last season. As a freshman in 2015 he was named a Freshman All-American and Big 12 Defensive Freshman of the Year. The Mesquite, Texas product has 123 career tackles at Texas and 15.5 sacks. He is a popular name on NFL mock draft lists and is a first team 2017 All-Big 12 preseason first team member.

TCU coach: state of Texas should be ’embarrassed’ by last year