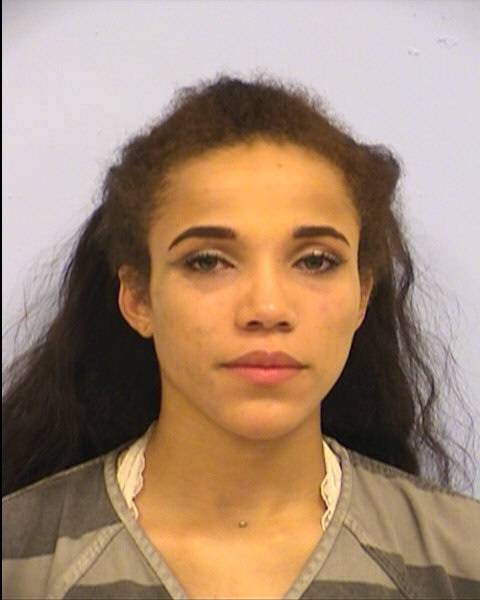 UT volleyball star Micaya White was arrested on suspicion of DWI on March 18, 2017.

An arrest affidavit from March 18 said university police pulled over White at 2:05 a.m. in the 300 block of Martin Luther King, Jr. Blvd. for driving without her headlights on and following too closely.

White, 20, admitted to drinking two vodka shots and a Sprite at around 8 p.m, the affidavit said. Police reported that she failed a field sobriety test and smelled of alcohol.

A breathalyzer test was not given.

Police called an ambulance to the scene to treat White for what they described as a panic attack, according to the report. White was charged with driving while intoxicated and was released on $2,500 bail after staying overnight in jail.

She is scheduled to appear in court on Aug. 4.

Coach Jerritt Elliott released a statement: “We and campus administration have been aware of the situation involving Micaya White since it occurred. It has been addressed and we are managing this internally. We support Micaya in working through this process.”

White, an outside hitter from Frisco, was a first-team All-American last year and was named the Big 12’s freshman of the year. She also was named to the NCAA all-tournament team and helped the Longhorns reach the national title match, where they fell to Stanford.

White’s attorney, Skip Davis, said she is an exemplary student who carries a 3.5 grade-point average.

“This entire ordeal has been heartbreaking for Micaya,” Davis said. “We will be working through the process so that Micaya can once against focus on her sport and her education.”