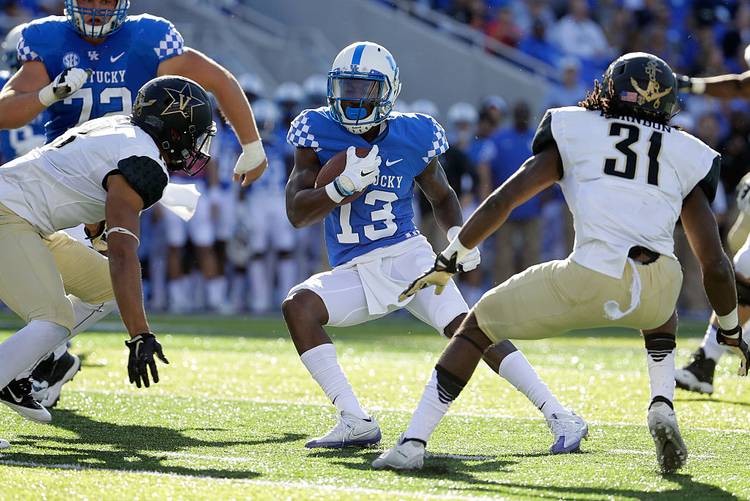 LEXINGTON, KY - OCTOBER 08: Jeff Badet #13 of the Kentucky Wildcats runs with the ball during the game against the Vanderbilt Commodores at Commonwealth Stadium on October 8, 2016 in Lexington, Kentucky. (Photo by Andy Lyons/Getty Images)

Quarterback graduate transfers seem to get all the publicity, but Oklahoma picked up one of the biggest signings in college football’s de facto free-agent market this offseason. The Sooners were going to be light at the position following Dede Westbrook’s departure. Instead, Badet brings much-needed experience and big-play ability. In 2016, he caught 31 passes for 670 yards. Now, he gets the chance to see what he can do with Heisman Trophy candidate Baker Mayfield throwing the passes.

Badet led the SEC in yards per catch in 2016, with his grabs going for an average of 21.6 yards. Watching his highlights, two things stand out: speed and hands. Badet is good at creating space for himself, and he’s adept in the air for his listed height of 6-foot. He’s also a threat on special teams, with an average of 22.9 yards on kickoff returns last season. Look for Oklahoma to use him in that capacity. There’s potential for Badet to make a name for himself if he can and Mayfield can get on the page, which could result in a big payoff for both Badet and the Sooners.

The American-Statesman’s Top 25 countdown: No. 13 Wisconsin