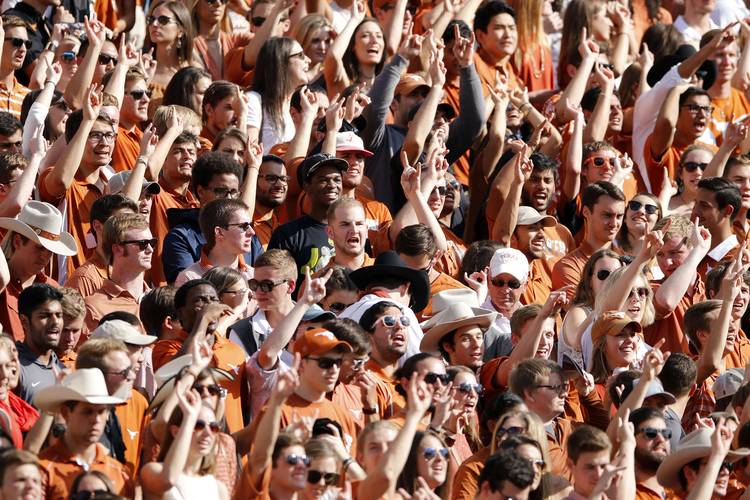 Of the four national championships Texas has won, the 1970 title is the most dubious of the bunch and comes with a large grain of salt.

The defending national champion Longhorns entered the 1970 season winners of 20 straight games, having won the 1969 national championship and back-to-back Southwest Conference titles. Texas would extend that winning streak to 30 games before the end of the regular season and capture a third-straight SWC crown.

The rest were all drubbings. Texas won the eight other games by at least 20 or more points, including a 41-9 win over Oklahoma and a 52-14 win over Texas A&M. In the first game following the “Game of the Century” against Arkansas, Texas beat the No. 4-ranked Razorbacks 42-7 to claim the national title.

Remember, as we’ve said, the national championship was often selected before the bowl games, so Texas officially became back-to-back champs when it received the Coaches Poll National Championship in December. There would be one final ranking, though, the last Associated Press poll following bowl season that would award another title claim.

But yes, Texas is very proud of that Coaches Poll national title to this day.

Some will argue this team had a more talented quarterback than in 1969 in Eddie Phillips, who took over for James Street. Maybe. Phillips rushed for 666 yards and 12 touchdowns, leading the balanced rushing attack that included Steve Worster (the leading rusher), Jim Bertelsen and Billy Dale.

All Texas had to do to wrap the season up as undefeated champions for the third time under Darrell Royal was beat No. 6 Notre Dame, the same team the Longhorns beat in the Cotton Bowl the year before.

But that didn’t happen.

Texas kicker Happy Feller gave the Longhorns a 3-0 win early in the first quarter, and that was it. Notre Dame ended the first quarter up 14-3 as Joe Theisman threw a 26-yard touchdown pass and ran another in for 3-yards. Theisman rushed for two touchdowns and threw another one, finishing with 176 yards passing (Eddie Phillips actually out-gained him in the air with 199 yards).

Texas out-gained Notre Dame 426-359, but five lost fumbles (nine total fumbles) by Texas and one interception doomed the Longhorns, who only forced two turnovers themselves.

Notre Dame and famed coach Ara Parseghian devised a game-plan that forced Texas to step away from the wishbone, as Texas, who averaged more than 350 rushing yards a game, finished with 216 yards on the ground.

Notre Dame ended Oklahoma’s 47-game winning streak in 1957, and Texas’ 30-game winning streak was the longest streak since then. The Fighting Irish also scored its first bowl win since 1925, but that’s only because Notre Dame didn’t accept a bowl big from 1925 til the end of the 1969 season.

That left Nebraska, the third-place finisher in the December poll, who played No. 5 LSU in the Orange Bowl. Nebraska, coached by Bob Devaney with Tom Osborne running the I-formation as offensive coordinator, beat LSU 17-12 to claim the AP National Championship in January 1971. LSU was a fourth quarter Cornhuskers touchdown away from likely winning the title.

The final AP poll has Nebraska, Notre Dame, Texas, Tennessee and Ohio State in that order.

Nine Longhorns were drafted into the NFL that spring, receiver Charles “Cotton” Speyrer being the highest selection at No. 38 overall.