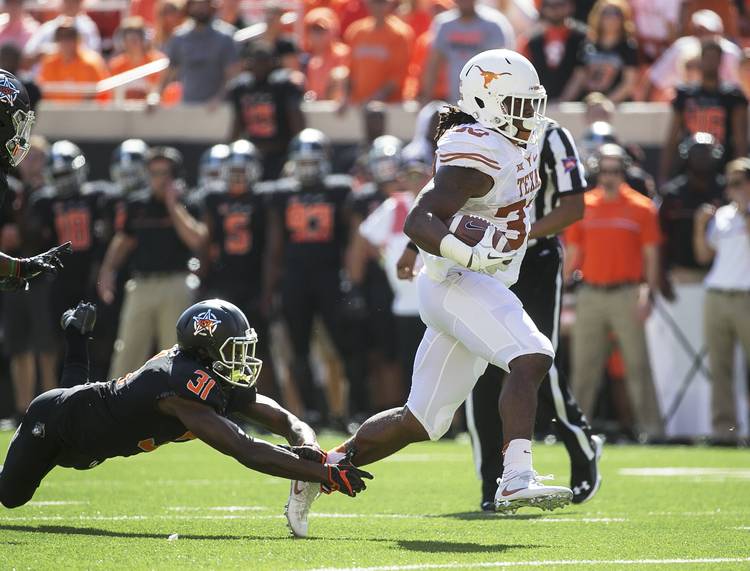 Tre Flowers’ roster page on the Oklahoma State athletics website lists an accolade that pretty much sums up his career. In 2016, Flowers received the Barry Sanders Award for “most contribution with the least recognition.” If things go according to plan for the Cowboys senior safety, that last part is about to change. Flowers has already been named the the All-Big 12 preseason team and the Jim Thorpe Award watch list. Without Jordan Sterns (Kansas City Chiefs) next to him, it’s Flowers’ time to shine.

Flowers has done plenty in his first three seasons. His 200 career tackles are the most of any player on the Cowboys roster. He had 61 stops last season after recording 83 in 2015. A rangy 6-foot-3, 200 pounds, Flowers covers a lot of ground at the back of Oklahoma State’s secondary. He led the Cowboys with seven pass break-ups in 2016. The Converse Judson product has a pair of interceptions in his career, and he forced a pair of fumbles last season.

Flowers had three tackles and a pass break-up against the Longhorns in 2016, but his biggest play came on special teams. When Vincent Taylor blocked and picked up a Texas PAT in the first half, he pitched the ball backward to Flowers for a 70-yard return.

As a freshman in 2014, Flowers made seven tackles in a loss to the Longhorns.