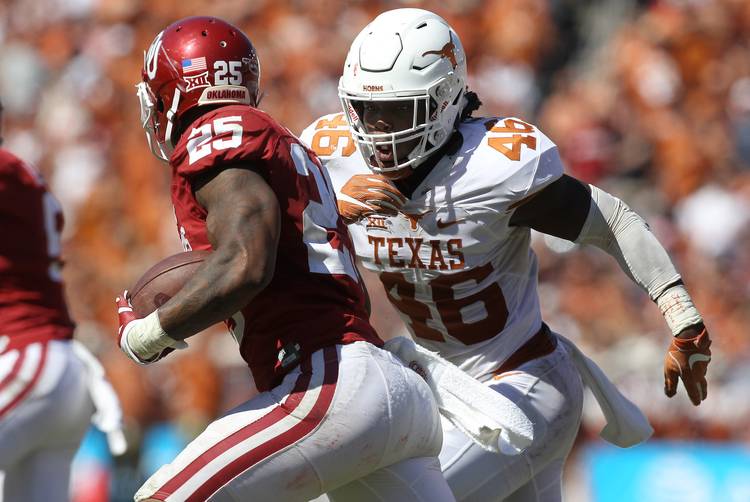 Linebacker Malik Jefferson, long considered a face of the UT program, was back in Austin.

This could be Jefferson’s final year with the Longhorns. He’s projected as a first-round pick in the 2018 draft. Most teams would love to bring a player of that caliber to the league’s premier preseason event.

Herman took the opportunity on Tuesday to clear the air about his relationship with Jefferson and whether there is any rift between them.

“I’ll address the pink elephant if you’d like me to,” Herman said. “Malik is a fantastic leader, a fantastic ambassador for our program. In February we had a really good heart-to-heart about what he wanted to get out of this season. He said, ‘Coach, I want to be as good a linebacker and good a leader and teammate as I can be.’ I said great.”

The junior from Mesquite Poteet was once ranked the No. 1 recruit in Texas in 2015. He’s started 18 out of 22 career games and has 123 tackles along with eight sacks. UT officials made players available to reporters after almost every spring practice. Not Jefferson, though. That was by design, Herman said.

“I made a concerted effort that Malik Jefferson was not thrust into the spotlight,” Herman said, “so that he could focus on being a better linebacker, a better leader and better teammate. He’s done everything we asked him to do on that front.”

Big 12 media days takeaway: The Cowboys’ venue was the real star this week