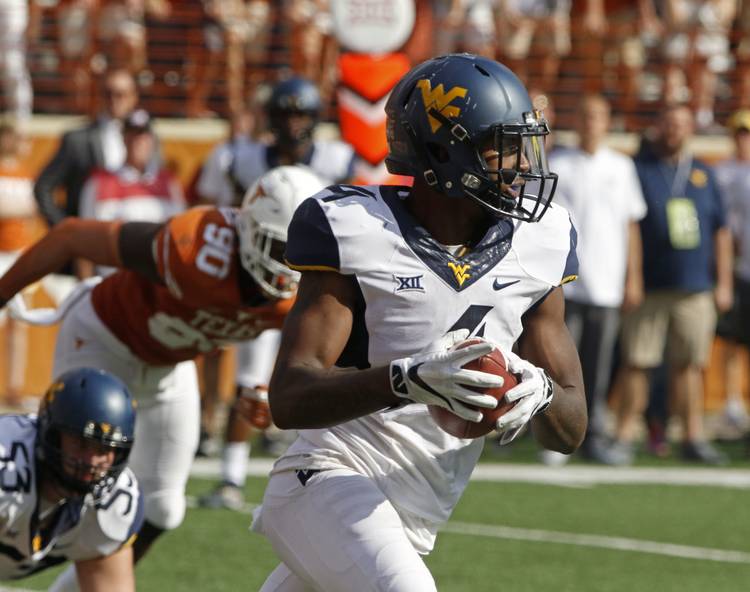 Much like fellow rising sophomore Martell Pettaway, Kennedy McKoy showed flashes of why the West Virginia backfield will be formidable for years to come. Now, he’ll be relied upon to do it on a weekly basis in 2017. McKoy’s 472 yards essentially came in six games. He sat out two contests and had limited carries in five others. With Russel Shell gone, it will be on McKoy to fill the No. 2 spot on the depth chart behind Justin Crawford. He certainly looks capable.

For now Crawford remains the main threat Mountaineers opponents have to worry about, but McKoy could be equally dangerous. He showed against Texas Tech (4 carries, 99 yards), Oklahoma State (10/83), Kansas (18/127) and Texas (25/73) that he can be a productive back in the Big 12. He’s quick at 6-foot, 200 pounds, and can pack a punch at the end of runs. Watch how he lowered his shoulder here on a BYU defensive back, keeping in mind that he was a true freshman playing in his second college game.

McKoy picked up his first start against the Longhorns at Royal-Memorial Stadium, and he didn’t disappoint. He scored his first career touchdown in the first quarter, and sealed the 24-20 win with a 3-yard burst in the fourth. His 25 carries that day were a career high.