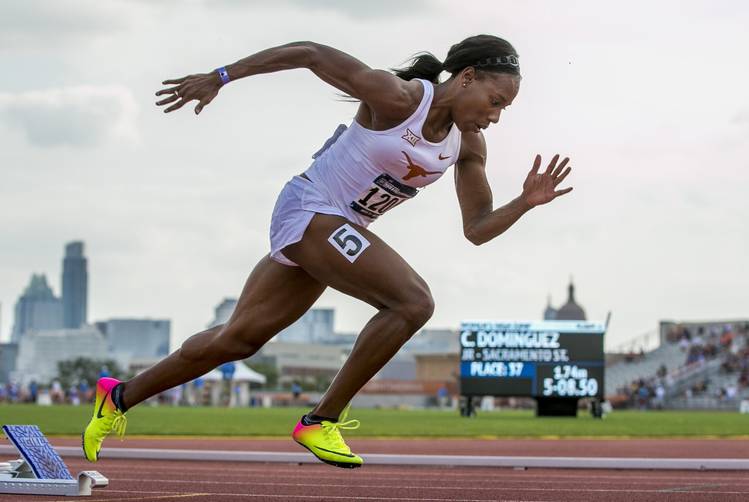 Chrisann Gordon of UT competes in the 400 Meter Dash at the NCAA Track and Field Championships West Preliminary at Mike A. Myers Stadium on Friday May 26, 2017. JAY JANNER / AMERICAN-STATESMAN

A pair of Texas’ most decorated seniors have one more shot at glory in burnt orange, and they’re relying on help from Longhorns fans.

The Big 12 Conference released the nominees for the Big 12 Athlete of the Year awards, and UT’s representatives are Chrisann Gordon (track and field) and Will Licon (swimming and diving). Fans will be allowed to vote for their male and female favorites starting Sunday, July 23 until Tuesday, July 25. Fan voting will be considered in the final tally.

Gordon, a senior from Cape Valley, Jamaica, won an individual national championship in the 400 meters, posting a time of 50.51 seconds in the final. She also posted the fasted semifinal time in NCAA history (50.39). Gordon also claimed the Big 12 indoor title in the 400 and finished her career with eight All-American honors.

RELATED: Will Licon shines at NCAA Swimming and Diving Championships

Licon, a senior from El Paso, put an emphatic cap on his career at the 2017 NCAA Championships. He won NCAA titles in all five of his events, and became only the fourth swimmer in the history of college swimming to win titles in four different individual events throughout his career. He also helped the Longhorns claim their third-straight national title.