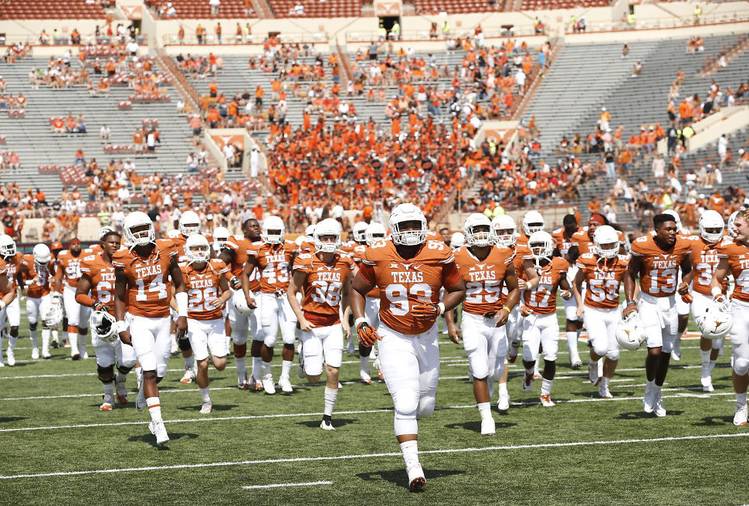 The Texas Longhorns head to the locker room after warm-ups before thier game against Oklahoma State at Darrell K. Royal Memorial Stadium in Austin.

The big reveal hasn’t happened yet, but Texas gave former players and recruits a sneak peek of the much-anticipated new locker rooms Friday during the “Stars at Night” recruiting event at Royal-Memorial Stadium.

National champion offensive lineman Kasey Studdard was among the first to get a look, and he posted a few photos and a short video on Instagram.

A video also surfaced on Twitter of a couple former players, including Studdard, taking a tour of the facilities. You can see a sign as they enter the restroom: “Restrooms unavailable for use.” Which begs the question: which Longhorn will be the first to take a hydration test in the new digs?

Reaction from a visitor when realizing the new locker room project was jaw dropping, yet still had some additions to be made #ThisIsTexas pic.twitter.com/VRXGd0Zxrh

In case you somehow missed all the buzz about the new locker rooms, including those space-age lockers, we’ve got you covered:

WATCH: Finally, a full breakdown of everything in Texas’ locker

The American-Statesman’s Top 25 countdown: No. 8 Washington