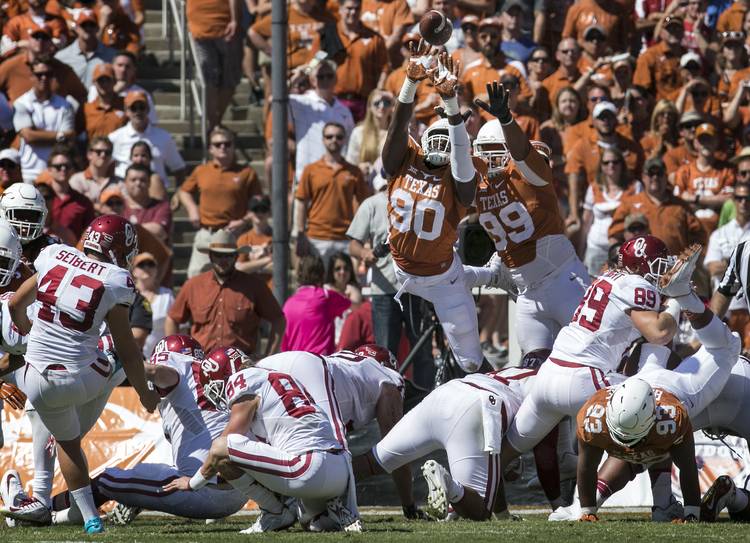 If it feels like Austin Seibert has been at Oklahoma forever, maybe that’s just because he’s been pulling double duty since he arrived on campus. In reality, Seibert is only a junior. Yeah, you read that right. One of the Big 12’s best kickers and punters the past two years still has two full seasons left. The Belleville, Illinois native has made 29 of 39 field goal attempts in his career and averaged 41.6 yards per punt on 105 attempts. Add in 142 of 146 PATs for the back-to-back Big 12 champions, and you start to see why it feels like Seibert should be a fifth-year senior who played as a true freshman.

When playing a team with as much firepower as Oklahoma, the more Seibert sees the field the better. Punts are always a win for the defense, and Seibert didn’t exactly light the world on fire in the kicking game in 2016. He only made 11 of 16 attempts with a long of 39 yards. However, experience is king in kicking, and Seibert has experienced plenty of pressure moments through his first two seasons.

Last year, Seibert went 1-for-2 on field goals, made all six of his extra points and had just three punts (ouch) for an average of 37.3 yards in Dallas. In 2015, he made his only field goal attempt, both PATs and punted seven times (39.6 avg).