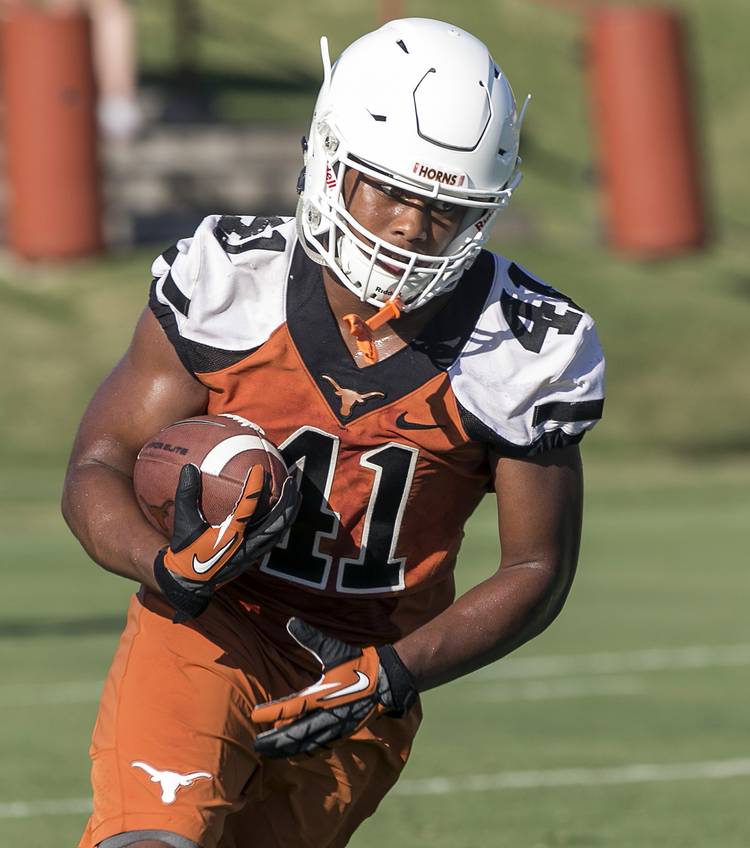 Tristian Houston turns up field during the first day of practice held at the Frank Denius Fields in Austin, Texas, on Friday, August 7, 2015. (RODOLFO GONZALEZ / AMERICAN-STATESMAN)

Let’s use Texas’ roster, history and scouting reports to countdown to the start of the 2017 football season. Today, we are only 41 days away from Texas’ home game against Maryland.

Which Longhorn wears No. 41? RB Tristian Houston. The rising sophomore has rushed the football three times in his career, but Chris Warren III (133) and Kyle Porter (46) are the only other Longhorn RBs with any carries to their credit. Houston was among the RBs on Texas’ injury report this spring.