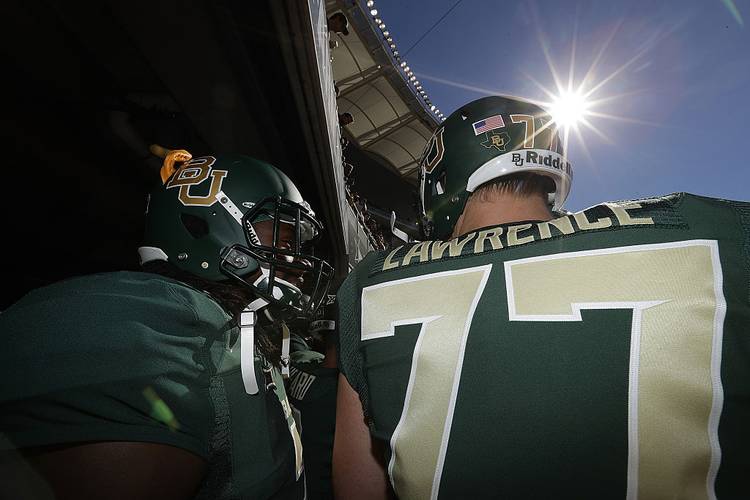 Matt Rhule is looking for building blocks in his first season at Baylor, and he certainly has one in Patrick Lawrence. The 6-foot-5, 310-pound offensive tackle has played all 26 games the past two seasons, and solidified himself as a stalwart on one of the nation’s best rushing offenses. The Bears averaged 241.8 yards per game on the ground in 2016 (14th in FBS) but they must replace All-Big 12 center Kyle Fuller. Lawrence will be a big part of that.

Lawrence is a little more nimble than your average 300-pound lineman. At Waxahachie High School, he swam and played baseball in addition to football. He told the Waco Tribune that he even won district in multiple races. Talk about making waves.

The American-Statesman’s Top 25 countdown: No. 7 Oklahoma