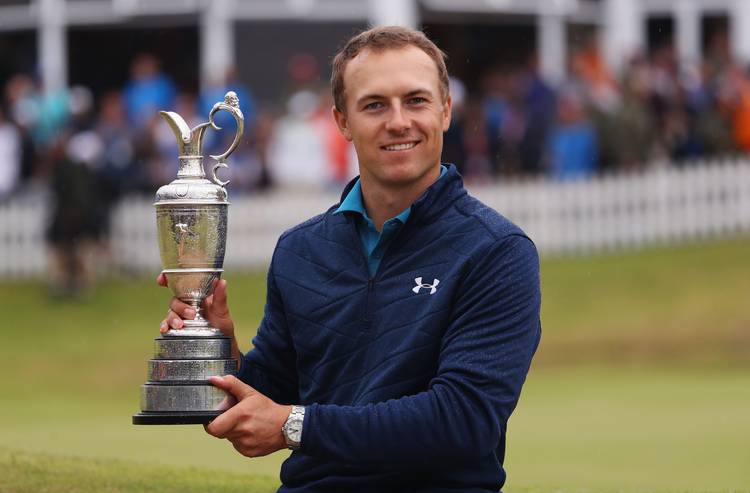 Jordan Spieth of the United States celebrates victory as he poses with the Claret Jug on the 18th green during the final round of the 146th Open Championship at Royal Birkdale on July 23, 2017 in Southport, England. (Photo by Christian Petersen/Getty Images)

To the victor go the spoils.

For Jordan Spieth on Sunday, that meant partaking in the age-old tradition of pouring a stiff drink (or several) into the Claret Jug —  his prize for winning The Open Championship.

At least, we can assume that’s a stiff drink. Maybe it’s his calm demeanor on the golf course or how long he has been in the spotlight, but it’s easy to forget that Spieth remains a 23-year-old Texan who enjoys such things as shirtless golf in the Bahamas with his bros.

Completing the third leg of his career grand slam certainly called for a celebration. We can’t be sure how many of the “Golf Boys” got in on the festivities, but we can only hope it was several.

And while all that was happening, the University of Texas got in on the party by lighting the UT Tower.

But perhaps the best celebration caught on camera happened between Spieth and his caddie Michael Greller right before the former went out to collect the Claret Jug. Do you think Spieth is having fun yet?