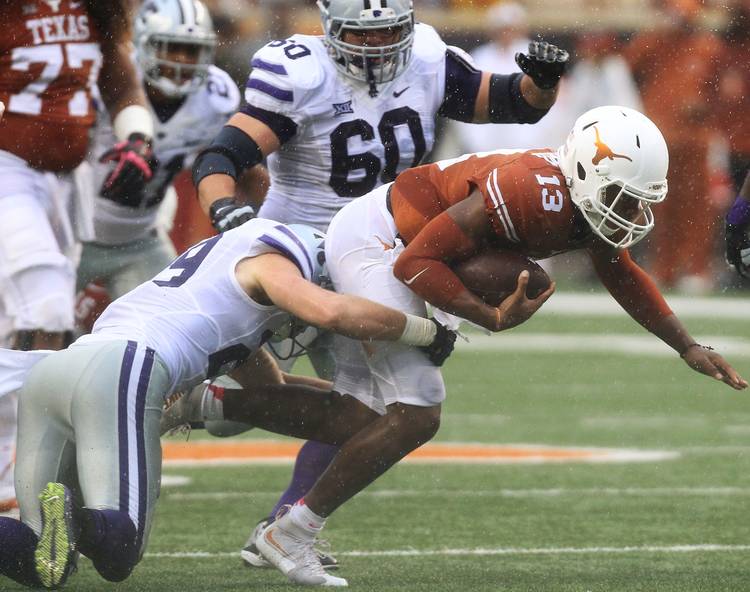 Texas? Jerrod Heard(13) is taken down by Kansas State?s Sean Newlan(29) and Will Geary(60) during their NCAA college football game at Royal-Memorial Stadium Saturday, Oct. 24, 2015. (Stephen Spillman for AMERICAN-STATESMAN)

Will Geary is back. Kansas State’s top interior defensive lineman was nowhere to be found during spring practice, but returned this summer and is set to take his place with the Wildcats this fall. That’s great news for Kansas State, and bad news for everyone else. The 6-foot, 300-pound senior had 45 total tackles in 2016, including 7.0 tackles for loss. With 30 starts under his belt, he’ll an unquestioned leader of one of the Big 12’s best defensive units.

Geary has been a force at the center of the Wildcats’ defensive front since his redshirt freshman season, when he made five tackles and contributed to a goal-line stop late in Kansas State’s 31-30 win over Oklahoma in Norman. He’s been nothing if not consistent, with 120 career tackles and 6.5 tackles for loss over three seasons. With Reggie Walker outside, the Wildcats should have one of the best defensive line units in the league.