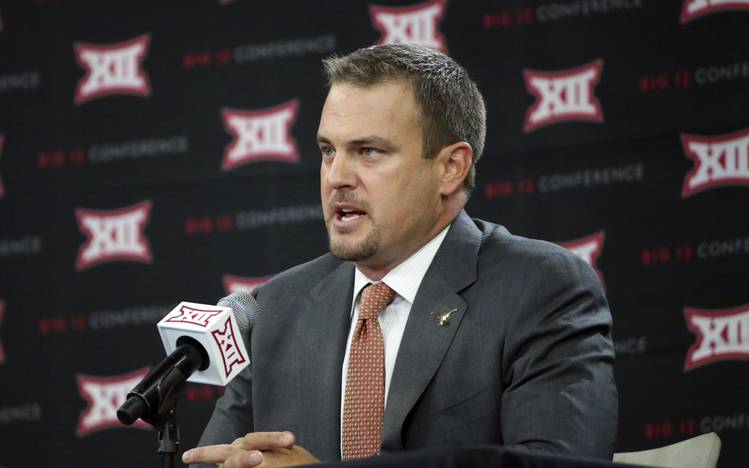 Tom Herman joined the Rich Eisen Show on Wednesday, and the host had a beef with the first-year Texas coach.

It all stemmed from a tweet posted by Herman last week following Big 12 media days, in which he tagged three of the Texas players who attended and referred to Michael Dickson as simply “the punter.” Dickson had fun with it, quote tweeting with the retort, “Maybe I should let ‘the coach’ know punters are people too.”

RELATED: Michael Dickson may need to do more with less to impress award voters

Maybe I should let "the coach" know punters are people too https://t.co/90HEQZMJSP

Nonetheless, Eisen opened the interview by pressing Herman on the issue. He wasn’t having any of it.

“At six plays a game, I’m not sure you deserve to be called by your first name,” he said. “When they graduate I call them by their first name, but until then they’re ‘the punter,’ ‘the kicker’ and ‘the deep snapper.'”

Dickson caught wind of the conversation and thanked Eisen for sticking up for him.

Haha I appreciate the effort! I guess the coach isn't budging on this one 😂 https://t.co/81YzvE2xC6

Eisen and Herman went on to talk about the coach’s background in TV, including his experiences logging video for “NFL on FOX,” and what fans’ reasonable expectations should be for the Longhorns this fall. You can watch the full interview below.