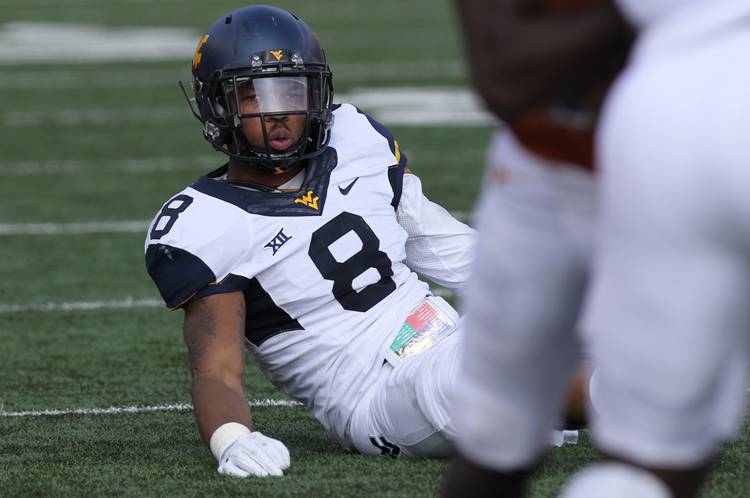 West Virginia safety Kyzir White watches as he misses a tackle on running back DÕOnta Foreman in the third quarter at Royal-Memorial Stadium, Saturday, Nov. 12, 2016. (Stephen Spillman / for American-Statesman)

In his first season with West Virginia, safety Kyzir White absolutely lived up to his name. He’s the third White brother to come through Morgantown. You’ve probably heard of Kevin White, the wide receiver who was drafted seventh overall by the Chicago Bears in 2015. There’s also Ka’Raun White, a redshirt senior wide receiver entering his third season.

Kyzir White spent his first two years of eligibility at Lackawanna College (Penn.) before arriving in 2016. He immediately made an impact with 58 total tackles (48 solo), 7.0 tackles for loss and two forced fumbles. In the absence of Dravon Askew-Henry, he provided a much-needed anchor at the back of the defense.

At 6-foot-2, 218 pounds, White has the kind of frame that NFL scouts drool over. He’s fast and physical, often blitzing late off the edge to catch teams by surprise. You might remember him doing that against the Longhorns, when he put Shane Buechele flat on his back with a vicious strip-sack. He’s not quite as active in pass protection, but he’ll have even more room to roam with Askew-Henry back beside him.

That strip-sack was one of two sacks for White on Buechele. He finished with five total tackles, including four solo.