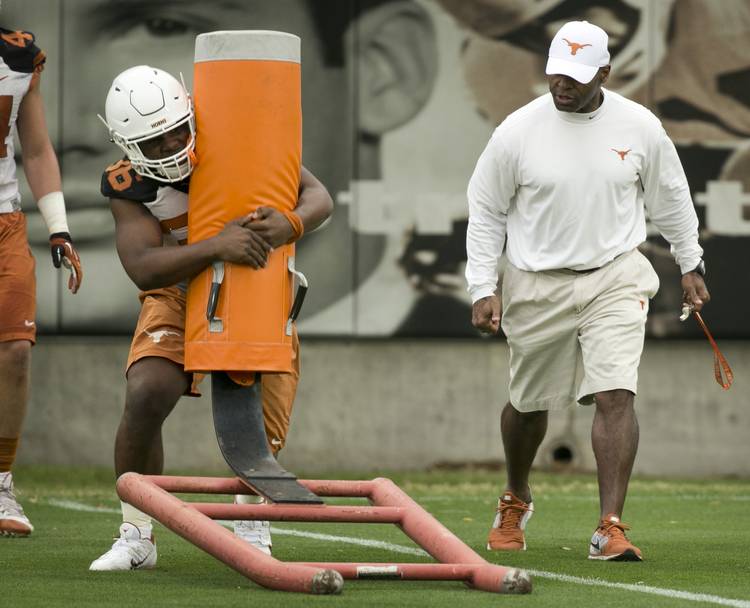 Let’s use Texas’ roster, history and scouting reports to countdown to the start of the 2017 football season. Today, we are only 36 days away from Texas’ home game against Maryland.

Which Longhorn wears No. 36? Freshman linebacker Demarco Boyd, a Gilmer native who redshirted in 2016, and walk-on receiver Eric Gonzalez. Boyd’s brother, Kris, is entering his junior year in the UT secondary. His cousin, Curtis Brown, was also a defensive back at the school.

Fun fact about No. 36: With 36 from 2000-03, Roy Williams holds the Texas record for career touchdown catches. Led by Armanti Foreman’s seven, the current crop of UT receivers, tight ends and running backs have combined for 25 touchdown catches in their careers.