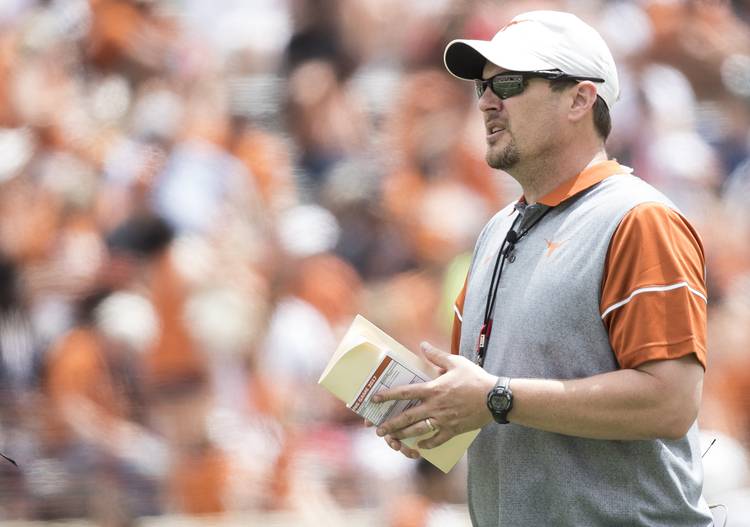 Tight end Kendall Moore finished up his required summer work, graduated from Syracuse and will join the Longhorns when practice begins next week, a school spokesman said Friday.

Moore had been expected to join the Horns for a while. However, he wasn’t officially cleared until he finished his school work at Syracuse. According to NCAA rules, athletes who earn a bachelor’s degree can transfer to another school and play immediately without penalty.

That’s huge news for Texas coach Tom Herman, who has expressed plenty of concern about the depth at the position.

The UT coaching staff felt good that Moore would get it done. On Monday, offensive coordinator Tim Beck said, “There are some young players that came in, we’ve got a graduate transfer, so there’s some situations there that that position’s going to be looked at to see who can help us in there.”

Moore had 14 catches for 150 yards and two touchdowns in 37 career games with the Orange. Moore missed the last eight games in 2015 due to injury.

Texas senior Andrew Beck, who has suffered multiple injuries, has 12 receptions in 37 career games. Junior Garrett Gray has played mostly special teams the last two years. Freshmen Reese Leitao and Cade Brewer both come in with high acclaim, but neither has played on the collegiate level.