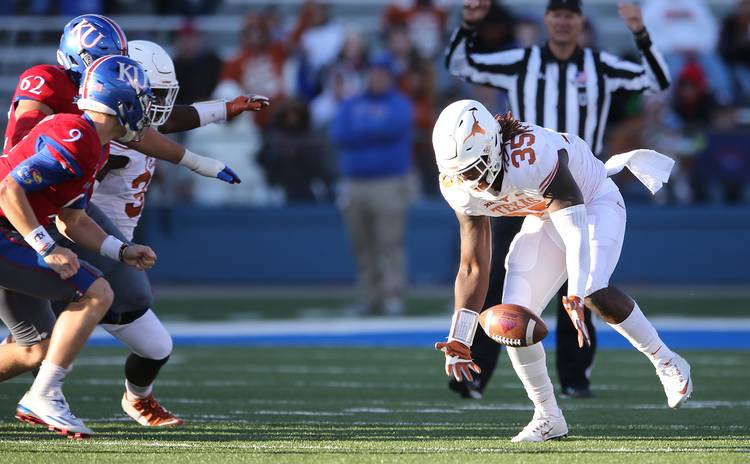 Let’s use Texas’ roster, history and scouting reports to countdown to the start of the 2017 football season. Today, we are only 35 days away from Texas’ home game against Maryland.

Which Longhorn wears No. 35? Junior LB Edwin Freeman, who is coming off a 49-tackle season. Since Dylan Haines has exhausted his eligibility, Freeman and P.J. Locke III are Texas’ leading returners when it comes to interceptions. Both defenders picked off two passes in 2016, and Freeman gained 37 yards off his interception returns.

Fun fact about No. 35:  On 35 occasions, Texas has had two players top 100 rushing yards in the same game. The dynamic duo of D’Onta Foreman and Chris Warren III accomplished that feat twice during the 2016 season. Those performances against Cal and Oklahoma State came 65 years after UT’s Gib Dawson and Dick Ochoa first reached that milestone against North Carolina on Oct. 6, 1951.