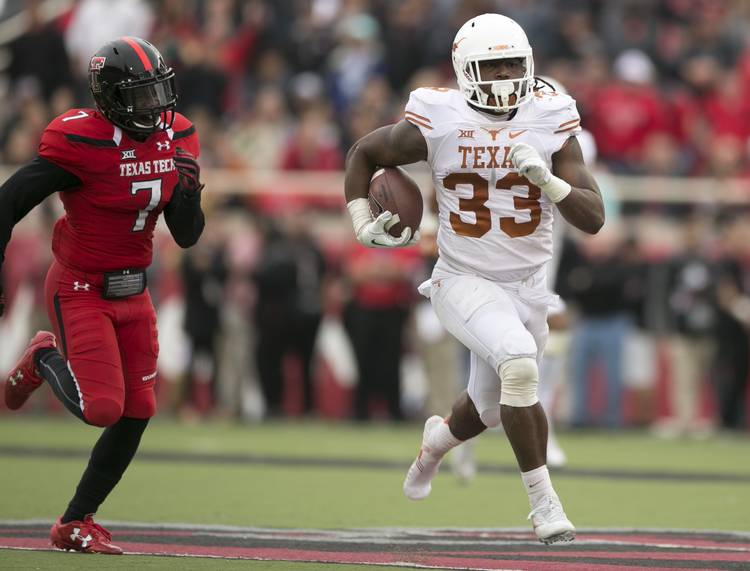 Let’s use Texas’ roster, history and scouting reports to countdown to the start of the 2017 football season. Today, we are only 33 days away from Texas’ home game against Maryland.

Which Longhorn wears No. 33? Sophomore DB Trevor Carr, a walk-on who did not play last season. A few people might recall D’Onta Foreman wearing No. 33 during last year’s 2,028-yard season. Foreman now wears No. 27 for the Houston Texans, who recently selected him in the third round of the NFL Draft.

Fun fact about No. 33:  Texas has played 33 times since its 23-0 win over Kansas on Sept. 27, 2014. UT has gone 33 games without a shutout, and Texas has held an opponent to a single-digit score on only four occasions during that drought. That Kansas game also marked the last time that the Longhorns intercepted at least four passes in a single game.