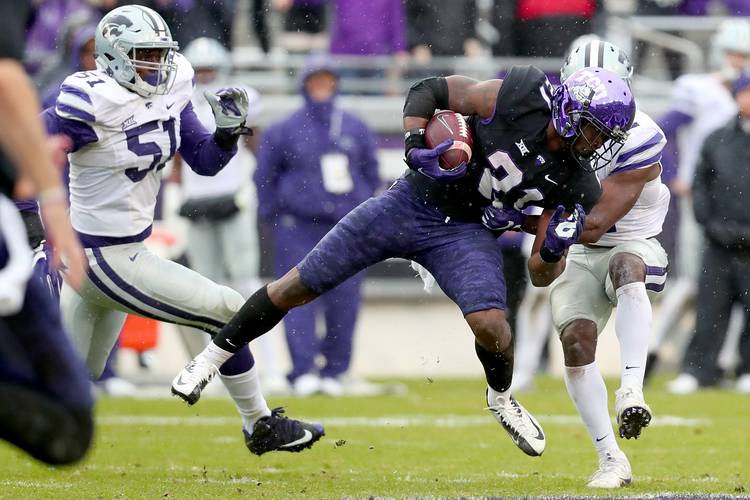 The 2016 Big 12 Defensive Freshman of the Year is back and figures to be even better as a sophomore. Despite not receiving much interest from LSU, the Louisiana product burst onto the Big 12 scene in his first college season. He made 39 total tackles, including 11.5 tackles for loss and 6.5 sacks. He also forced three fumbles and recovered two.

Somewhat undersized at 6-foot-2, 230 pounds coming out of high school, Walker was listed by some recruiting websites as a linebacker. He’s put on some weight — now listed at 242 pounds — but also used his athleticism as an advantage. He’ll receiver a lot more attention this year though, especially in the absence of last year’s Big 12 Defensive Player of the Year Jordan Willis.

Walker had three solo tackles, including a sack, against the Longhorns in 2016.

First Texas practice in the books; ‘Nobody impressed, nobody disappointed in shorts’