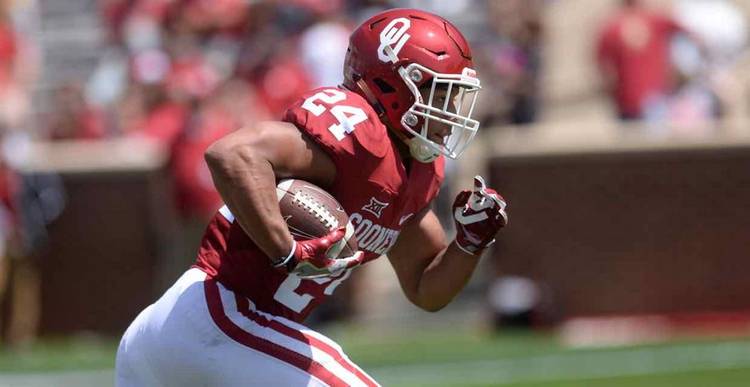 Oklahoma running back Rodney Anderson carries the ball during the Sooners' 2017 spring game. (Photo by 247Sports)

Someone in the Oklahoma backfield is going to benefit from having one of the best offensive lines in the country. So far, Rodney Anderson looks like that guy, assuming he can stay healthy. Since arriving in Norman, the former 4-star recruit from Katy has suffered a pair of season-ending injuries. In 2015, he broke his leg Week 2 at Tennessee. Last year, he suffered a broken neck in preseason.

Sooners fans have been waiting nearly two years to see Anderson in action. As a senior at Katy, he rushed for 2,485 yards and 36 touchdowns. Listed at 6-foot-2, 218 pounds, he certainly fits the mold of the next great OU running back. If not? Third-leading rusher Abdul Adams (283 yards in 2016), junior college star Marcelias Sutton and freshmen Trey Sermon and Kennedy Brooks are ready to step in if called upon.

RELATED: No Perine, Mixon or Westbrook? No problem

Oklahoma quarterback Baker Mayfield: “I could play running back behind our offensive line.”