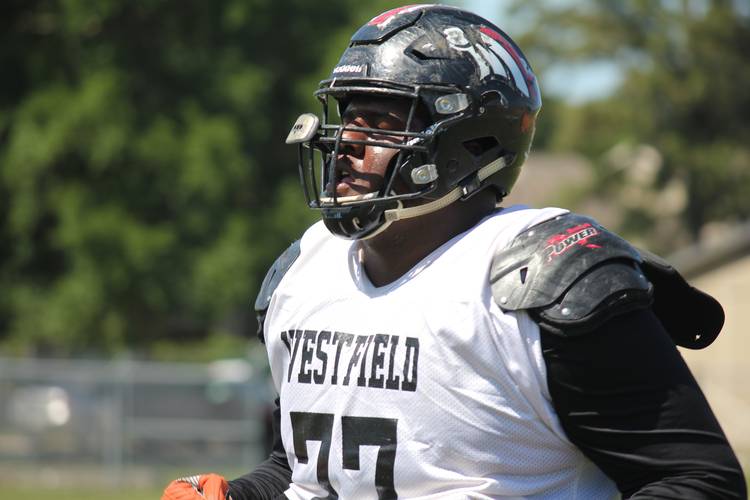 The excitement building for the start of the Texas high school football season was dimmed over the weekend due to the devastation and destruction caused by Hurricane Harvey. Several Texas commitments and targets won’t kick off the season this week because of the disaster as football takes a backseat to life for those impacted the most.

The Houston-area is home to six of Texas’ 18 commits in the 2018 class. It’s unknown when the season will begin for players like Jalen Green, Al’vonte Woodard, Keondre Coburn and others. The torrential downpour of rain literally reached the door of Coburn, a four-star defensive tackle from Spring Westfield.

Y’all pray for me pic.twitter.com/nhq6DJTYQh

Here is Coburn’s Periscope video of his family being rescued by boat:

The season did start in California, though. And four-star quarterback Cameron Rising put on a show in a lopsided victory for Newbury Park over Pacifica. The Texas commit finished the game 17-of-21 for 353 yards and five touchdowns.

Rising also reaffirmed his commitment to Texas and hopes fears of him looking at other programs begin to lessen.

“I can’t wait to get on campus. It’s going to be fun,” Rising said after the game. “I’m looking forward to watching the season.”

Rising is set to take an official visit to Texas this fall before graduating early and enrolling in January. He doesn’t know the exact date, but hoped it was when Texas hosts Oklahoma State on Oct. 21.

Moore, a four-star slot receiver from Kentucky, is one of the least talked about members of the 2018 class despite a strong pedigree. Distance from campus is one reason. Height is another. Yet Moore is poised to break out as a senior after earning a trip to The Opening Final alongside fellow UT receiver commits Brennan Eagles and Woodard.

Moore’s prep team, Trinity High School, took down another Indiana power for the second week in a row, knocking off Warren Central 42-41. In the victory, Moore recorded 127 yards on eight receptions and added 37 rushing yards on four carries.

Texas already holds commitments from a trio of four-star wide receivers. The Longhorns want to add a fourth to the class before signing day and one of the top targets left in the country included Herman’s program in his final five. Terrace Marshall Jr., a five-star from Parkway (La.), listed Texas, Alabama, LSU, Texas A&M and Florida State as his top five.