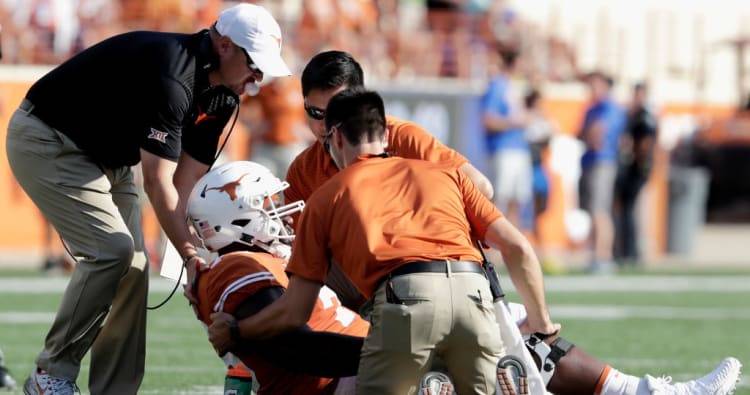 Texas lost some key offensive line depth late Monday when the school announced that Patrick Hudson had suffered a torn anterior cruciate ligament and will be lost for the season.

Hudson, a 6-foot-5, 325-pounder from Silsbee, redshirted last season after earning All-American accolades in high school. He was projected to compete for playing time at right tackle this season.

Hudson suffered the injury in the second half against San Jose State.

Texas notebook: As they head out west, Longhorns hope to stick to a routine

Does Texas have a decision to make at quarterback?