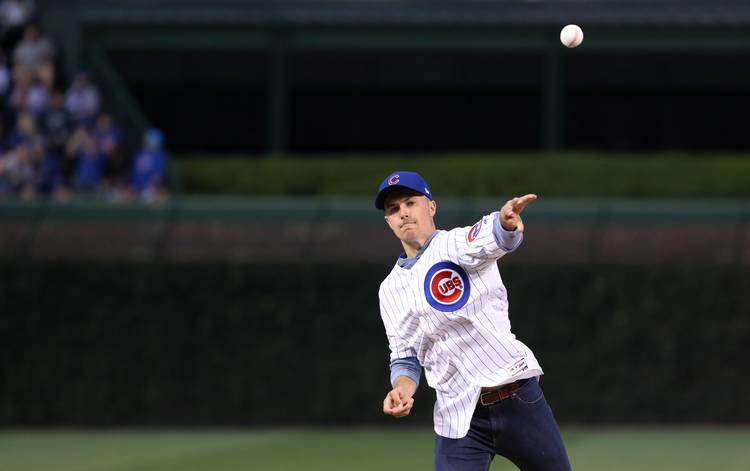 Jordan Spieth is in the Chicago area this week for the BMW Championship, so it only made sense that he would swing by Wrigley Field.

Spieth threw out the first pitch Tuesday night before the Cubs took on the New York Mets, just the latest in his celebrity appearances since winning The Open Championship back in July.

Watch him show off his left (yes, left) arm from the rubber.

@JordanSpieth throws left-handed. 🔥 Thanks for having us @cubs and @mlb!

.@JordanSpieth with the first pitch to kick off #CubsSocial Night!

TUNE IN to CSN!

Spieth was also greeted by a young fan, who surprised him with a little gift.

A young @JordanSpieth fan gave him a gift at tonight's @Cubs game. 🎁❤️⚾️

Who knows, maybe the golf balls and Wrigley appearance will provide good vibes heading into this week’s tournament, which is the third leg of the FedExCup Playoffs. Spieth currently leads in the overall standings by a slim margin over PGA Championship winner Justin Thomas.