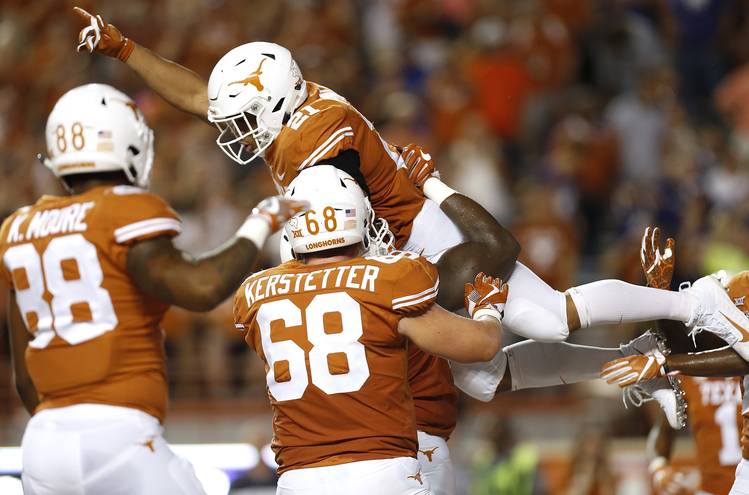 Texas running back Kyle Porter (21) celebrates a touchdown against Kansas State with tight end Kendall Moore (88) and offensive lineman Derek Kerstetter (68) in the first half of a Big 12 Conference football game at Royal-Memorial Stadium, Saturday, Oct. 7, 2017. (Stephen Spillman / for American-Statesman)

Texas (2-2) is back in action at Darrell K Royal-Texas Memorial Stadium with a showdown against one of its longtime thorns, coach Bill Snyder and the Kansas State Wildcats (3-1).

Can Texas stay perfect in the Big 12? Or will the Wildcats continue their mastery of the Longhorns?