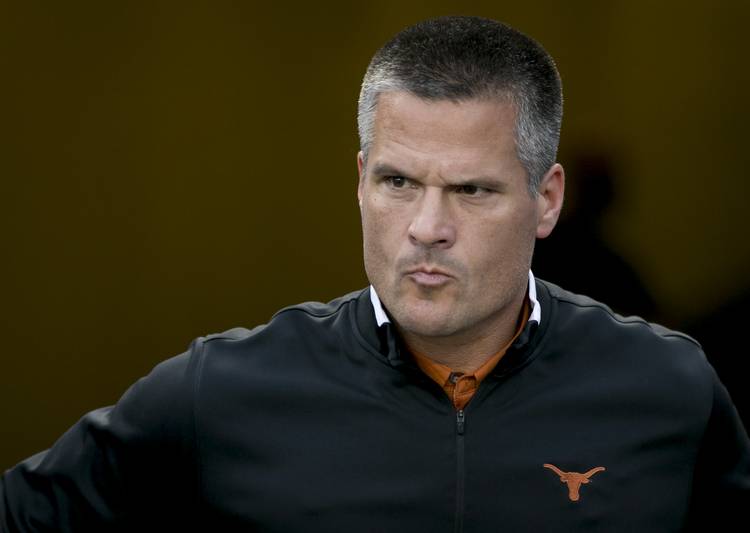 Texas defensive coordinator Todd Orlando might lose his star linebacker and possibly an All-American safety this offseason. But the Longhorns aren’t likely to lose him.

Orlando indicated Monday that he’ll return next season to his same role even though the head coaching carousel could spin out of control in the weeks ahead.

“There’s nothing to anything,” Orlando said after Monday’s practice. “(Texas coach) Tom Herman has been unbelievable to me. Unbelievable.

“You think about this part of it,” he added. “I’m at Utah State, and I bet you half the people in this room don’t know where Utah State’s at. And he calls me up and brings me to Houston. A lot of people would question that to be honest with you. That’s my dude.”

Orlando, 45, does have head coaching aspirations, and in many ways, UT fans should appreciate that. Herman has said numerous times in the past he wants assistants who see themselves becoming head coaches.

Orlando was in the running for the head coaching job at Houston after Herman got the UT position. That ended up going to then-Houston offensive coordinator Major Applewhite.

Orlando followed Herman to Austin and got the most lucrative contact ever given to a Texas assistant. He received a three-year deal worth slightly more than $1 million annually.

Asked what he would do if he got another head coaching opportunity, Orlando said, “I’m not even remotely thinking about that part of it. I’m worried about these kids and every part of it, and that’s real.”

Orlando fostered the resurgence of junior linebacker Malik Jefferson, who has 100 tackles and four sacks this season. Jefferson just missed being named a Butkus Award finalist on Monday. Jefferson is widely expected to jump into the NFL draft this spring.

Asked if Friday’s game against Texas Tech will be Jefferson’s last home game, Orlando said, “I don’t know that. We haven’t sat down and talked about anything about that part of it. It’s all been about getting him better. Eventually the time will come where we will sit down.”

The post Head coaching carousel will spin, but Todd Orlando plans to stick with Texas appeared first on Hook ‘Em.