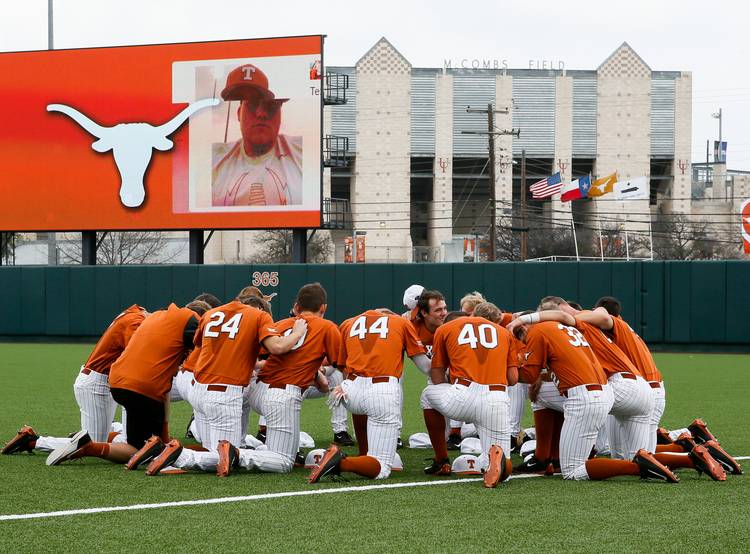 The Texas Longhorns say a team prayer before a 7-1 loss to Rice at UFCU Disch-Falk Field on Feb. 19, 2017. (Andy Nietupski for AMERICAN STATESMAN)

While icy weather hogged the Austin-area headlines on Tuesday, the preseason prospects for Texas’ baseball team heated up.

UT has been ranked 21st in D1Baseball.com’s preseason poll. Last week, Texas checked in at No. 23 in the initial release of the Perfect Game/Rawlings rankings.