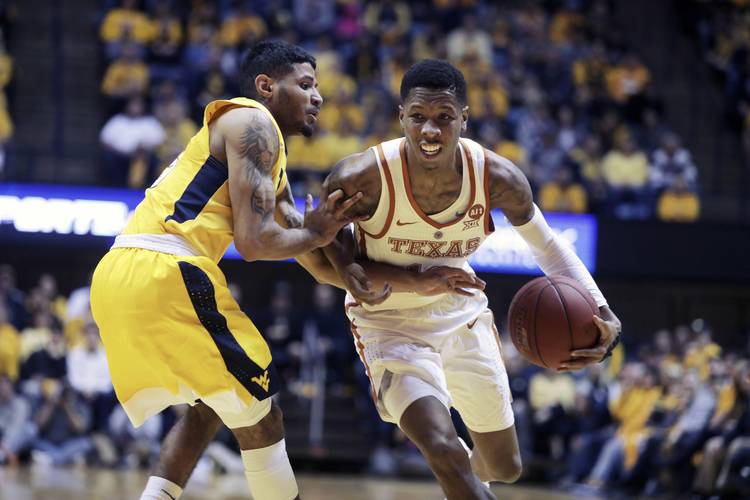 MORGANTOWN, W.Va. — Texas coach Shaka Smart warned anyone who would listen. Heading into Saturday’s game against No. 6 West Virginia, Smart said, “They’re going to try to punk us.”

That’s exactly what the Mountaineers did.

Texas suffered through one of its worst offensive performances on Smart’s three seasons in a 86-51 loss at WVU Coliseum. The Horns (12-7, 3-4 Big 12) scored only two points in the final 8:51 of the first half. It’s the third-lowest scoring game of the Smart era.

Not a single UT player finished in double figures as the Horns shot 34 percent overall and went 3 of 15 from 3-point range. As one West Virginia fan said walking out, “That was an (expletive) kicking.”

Give it to West Virginia’s Jevon Carter, a senior who probably took the brunt of criticism from coach Bob Huggins after two straight losses. Carter played like a standout veteran, racking up 22 points on 8 of 18 shooting. West Virginia was sensational down the stretch. In the latter stages of the second half, the Mountaineers hit 10 straight shots.

The Horns came out on the attack, attack, attack. Jericho Sims missed two dunk attempts but got fouled on the second. Matt Coleman threw a lob pass up to Mo Bamba for a score. Eric Davis Jr. also scored on a terrific scoop shot, which also drew a foul. It was a pitch-perfect start by going right at West Virginia’s big men. Texas had a 10-6 lead and all the momentum. But the Horns wouldn’t score again until Coleman’s tough jumper more than four minutes later.

First player on the floor today is West Virginia star Jevon Carter, who is wearing a shirt to honor Texas’ @DrewdotCash #AJ1 pic.twitter.com/8eEbXKjE8G

Today, the West Virginia Mountaineers showed their support for the Longhorns. pic.twitter.com/oIfNHl1dIb

When Smart needed his team to respond, the Horns simply couldn’t. Dylan Osekowski blocked a 3-point attempt with 11:56 remaining that forced a shot-clock violation. Smart was pumped, coming off the bench and pumping his fists — anything to get his guys going. Texas even forced a five-second turnover on WVU’s next possession. But Daxter Miles Jr. scored over Davis, Sagaba Konate scored and Carter drilled a 3-pointer. WVU had a 7-0 run and suddenly led 55-37.

This looks like an unbelievable statistic, and yet it’s true. Texas managed only one field goal in the final 11:04 of the first half. Kerwin Roach II hit a pair of free throws with 9:47 remaining and then another with 8:51 before halftime. But UT didn’t score another point of any kind until Bamba’s layup with 55 seconds left before the break.

Along the way, Coleman got called for a pushing on a drive. Bamba got blocked in the paint. Sims missed. Roach missed. Bamba took a bad shot. Jase Febres missed a 3-pointer and then missed again from the left wing. Coleman turned it over on an inbound attempt.

The Horns finished the first half 8 for 21 shooting while getting outworked 10-2 on the offensive glass.

At least Texas heads back home knowing it can get two winnable games next week. First comes Monday’s quick-turnaround game against Iowa State. Tipoff is 6 p.m. The Longhorns already beat the Cyclones in overtime in Ames on Jan. 1. Then, Texas will host Mississippi in the Big 12/SEC Challenge next Saturday.