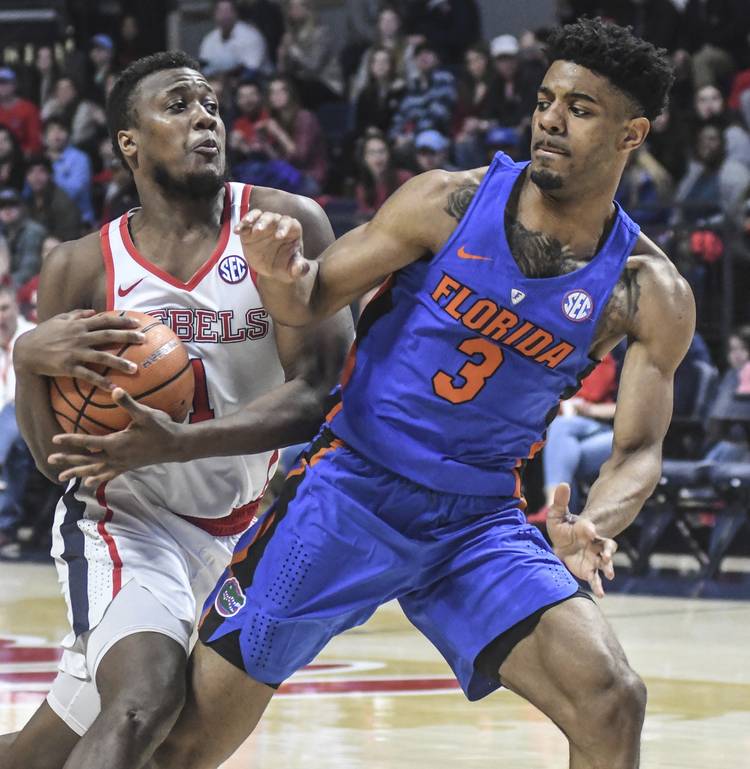 About the series: Texas leads the all-time series 8-6 but it’s been an awfully long time since the two teams have met. The last matchup was a Longhorns win on Dec. 6, 1975, under coach Leon Black. The Rebels actually had a five-game winning streak before that in the 1970s.

About the Longhorns: The Longhorns have a 2-2 record in the Big 12/SEC Challenge. This is third time that all 10 Challenge games will be played on the same day. Coach Shaka Smart wasn’t going to get drawn into a debate over which league is better. “I’m probably the wrong person to ask,” Smart said. “Over the years, I’ve really felt that coaches are biased toward their own league.” … Both Mo Bamba and Kerwin Roach II had standout days in Monday’s win over Iowa State. Bamba posted a career-high 24 points while Kerwin Roach II tied his career high with 22. The Horns are 9-2 this season at home. … After several strong games, Texas has raised its season 3-point shooting total above 30 percent.

About the Rebels: Coach Andy Kennedy has been a consistent winner. The Rebels are one of only two SEC teams to have a .500 record or better in SEC play each of the last six seasons. Kennedy is the winningest coach in school history. … G Terence Davis is hot right now, averaging 19 points over the last three games. … F Marcanvis Hymon ranks 10th in school history with 91 blocks. … G Deandre Burnett is coming off a season-high 24 points in Tuesday’s 78-66 win over Alabama. … The SEC has 14 teams while the Big 12 has only 10. The SEC will only include those teams who finished in the top 10 of the previous year’s standings for the Big 12/SEC Challenge.

Bohls: How does Mo Bamba deal with hecklers during road games?