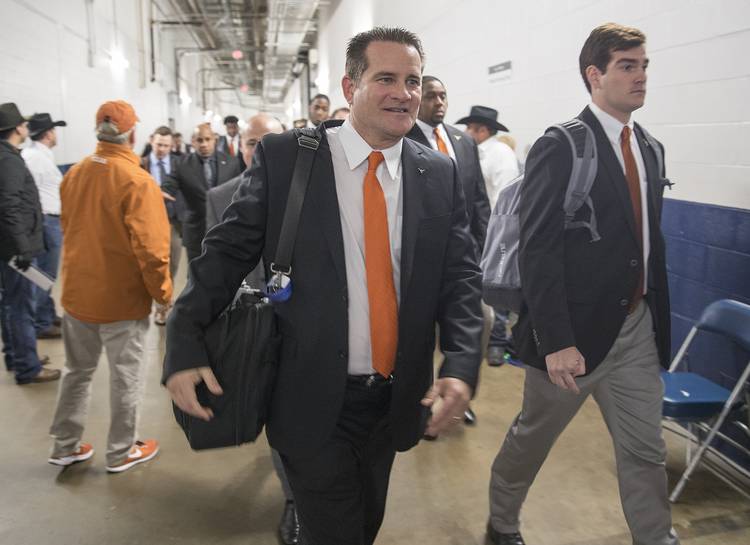 Cypress Woods 3-star prospect Christian Jones de-committed from SMU on Thursday. The 6-foot-6, 285-pound lineman received an offer from Texas the next night. Texas was the 16th offer No. 59-ranked offensive tackle in the country, per 247Sports Composite. He also played defensive end for Cy Woods.

Jones is scheduled to visit UCLA this weekend and Vanderbilt on Feb. 2. The Longhorns will hope to convince him to visit Texas instead of Vanderbilt on the final weekend before national signing day. The Longhorns signed four offensive linemen during the early period, but Mikey Grandy is a JUCO prospect and Junior Angilau might take a two-year LDS mission before enrolling at Texas.

Texas struggled along the offensive line all season as injuries revealed the lack of depth inherited by Tom Herman. Jones, like most true freshmen, won’t be ready to compete for snaps right away, but he’d be another piece for Texas to stash away for the future.