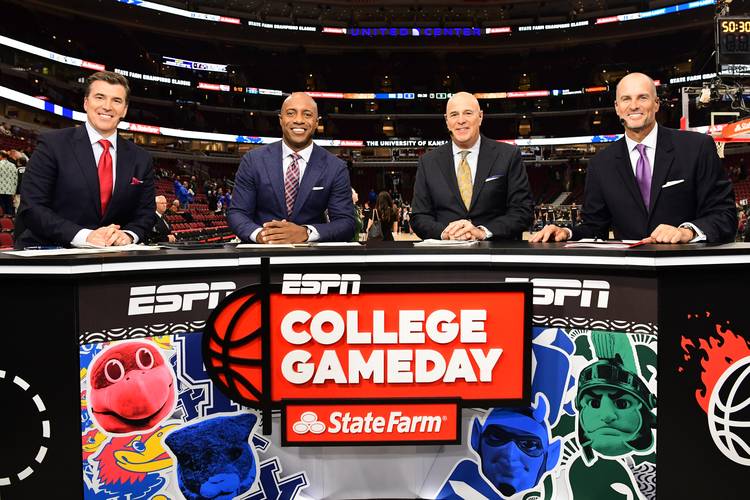 ESPN’s “College GameDay” is coming to Austin for next Saturday’s Texas-Oklahoma clash at the Erwin Center.

The network made the announcement during its 10 a.m. broadcast on Saturday from Morgantown, W. Va., prior to the Kentucky-West Virginia matchup. It will be the first time ESPN has brought its signature college basketball pre-game show to UT since the 2008-09 season.

The one-hour show will be televised live nationally from 10 a.m.-11 a.m. on ESPN.

“It’s exciting for our program,” coach Shaka Smart said after Saturday’s win over Ole Miss. “It’s exciting for anyone that follows our team and our guys. Obviously, (Oklahoma guard) Trae Young has something to do with that, too. He’s the most exciting player in college basketball right now.”

Generally, it’s an hour-long advertisement for the host team where the head coach is interviewed and the current team is profiled. ESPN announcers have plenty to talk about with the Longhorns. Smart is in his third season, the athletic department received a $3 million donation from Kevin Durant and current freshman Mo Bamba is projected as an NBA lottery pick.

Admission is free. Doors will open to the Erwin Center at 9 a.m. at entrances A, B and C on the concourse level. Fans will be allowed to sit directly behind GameDay’s on-court set location.

Fans will be asked to leave after the show’s completion at 11 a.m.

The Texas-TCU women play at the Erwin Center at noon. The Texas-OU men’s game is scheduled to begin at 5:15 p.m. Tickets for both games are still available by calling 512-471-3333. More ticket information can be found at texassports.com.

Additional information about promotional activities during the GameDay broadcast will be announced next week.