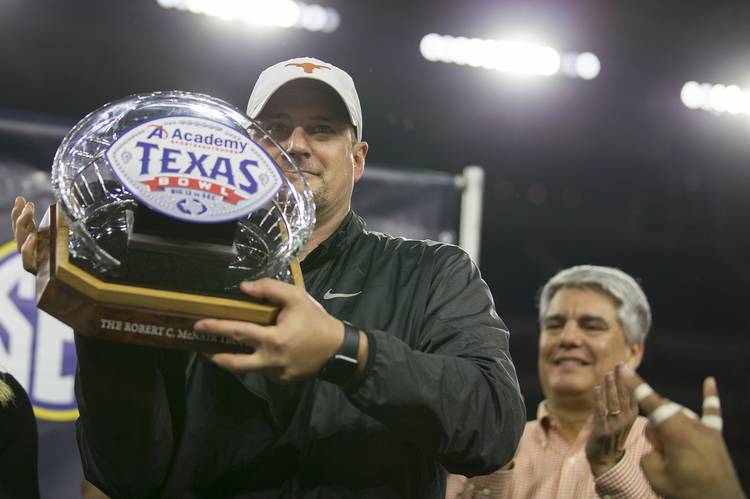 ESPN reporter Sam Khan Jr.’s published an in-depth look at the changing recruiting practices in the state of Texas and how a divide is growing between the state’s high school football coaches and 7-on-7 coaches and trainers.

With the state’s two biggest college football programs both hiring new coaches in the last two offseasons, the story shines a light on how the new coaches have courted recruits and the individuals who play a large part in how the business gets done.

So the question is: should coaches deal with individuals not connected to a player’s high school? Tom Herman had this to say:

“There’s good trainers and good 7-on-7 coaches that have provided some of these young men with some really, really good mentorship. And so … to lump them all into shady character category, I think, is unfair to them as well.

“As long as we’re following the rules, unless we’ve been specifically told that a guy has been sanctioned by the NCAA — which we have a list of — as long as we go about our business in compliance, who we’re dealing with is irrelevant. Just follow the rules and you’ll be OK.”

Herman explains that dealing with outside influencers is just part of the recruiting battle college programs deal with these day, something he tries to explain to coaches:

“There is an element of ‘we’ve got to do business the way business is done. It’s not our job to change the way things are; it’s our job to find out who the influential people are in a young man’s life and make sure that we build relationships with them.”