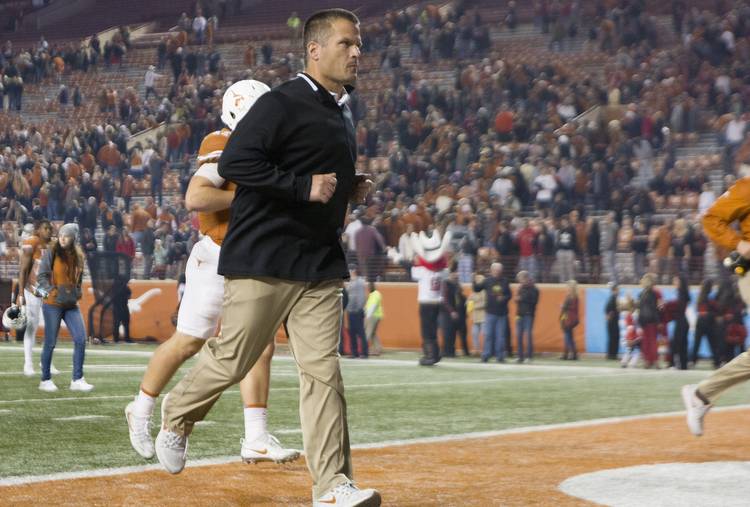 Recruiting doesn’t stop until the fax machine receives a national letter of intent. The Longhorns are still on the hunt for defenders in the 2018 recruiting class and Arkansas commit Andrew Parker announced on Twitter that he’ll visit Texas on Friday.

Will visit University of Texas tomorrow.

Tom Herman and his staff offered Parker on Jan. 26. He committed to Arkansas on Jan. 21 after an official visit. Parker is a 6-foot-2, 225-pound middle linebacker prospect from Sophie B. Wright High School in New Orleans (La.). The 3-star is the No. 67-ranked inside linebacker in the nation, per 247Sports Composite.

“I want to feel like a priority,” said Parker about his expectations for his Texas visit. “I want to be celebrated, not tolerated. I also want to see the great university.”

Texas signed two linebacker prospects during the early signing period. IMG Academy (Fla.) product Ayodele Adeoye was the only inside linebacker of the duo with Byron Hobbs expected to spend his career as an outside linebacker.

Parker recorded 107 tackles, including 26 tackles for loss as a senior. He forced three fumbles and recovered one.