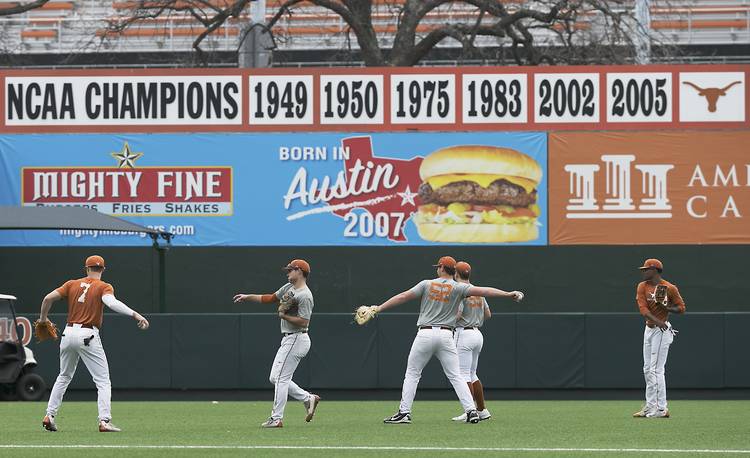 Texas players warm up in the outfield before a practice on Jan. 26, 2018. UT earned the No. 3 spot in the Big 12's preseason poll. RALPH BARRERA / AMERICAN-STATESMAN

One week after Texas was tabbed as the Big 12’s third-best softball team, UT’s baseball team received the same fate.

Big 12 coaches voted Texas into the third slot of their preseason poll on Thursday. With 42 points, Texas was easily outdistanced by poll-topping Texas Tech (61 points) and TCU (60 points). UT had previously fallen in line behind Texas Tech and TCU in the national projections released by D1baseball.com, Perfect Game/Rawlings and Baseball America.

.@TTU_Baseball tops the preseason poll for the first time since 1999. 😳

Read more: Texas’ Kody Clemens looks forward to his return to third base

After hosting its annual alumni game at 2 p.m. on Saturday, UT will shift its focus to its season opener against UL-Lafayette on Feb. 16. Texas opens conference play against Kansas on March 16.