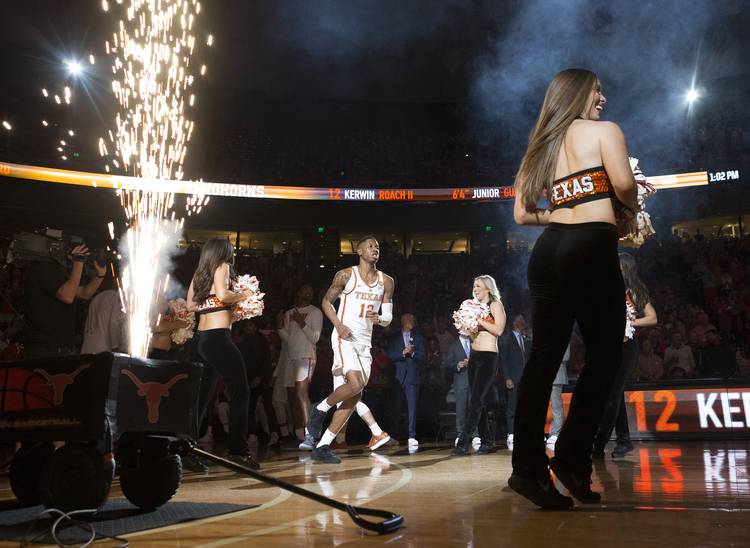 The University of Texas has officially narrowed its list of possible locations for a new basketball arena that could have a projected cost of $350-$450 million.

UT President Gregory L. Fenves announced Friday that the new arena will either go on the parking lot just south of the Mike A. Myers Stadium — long considered the No. 1 choice internally — or where the School of Social Work stands just south of Royal-Memorial Stadium. The second location would also engulf the Recreational Sports Center.

The school announced a formal request for proposal and hopes to have construction plans finalized by September.

“We have a unique opportunity to develop a world-class arena and training center for the men’s and women’s basketball teams that will help us recruit and support elite student-athletes, improve the fan experience and host games just a short walk away for our student fans,” Fenves said in a statement.

“Just as important, we are looking to do this at little cost to the university and no financial cost to the community,” he added.

Texas officials have grappled with various financial models. Should the school go it alone with long-term debt? Should the Longhorns embrace a partnership with the city? Fenves and athletic director Chris Del Conte have acknowledged there are all kinds of ideas. But a building solely owned and operated by UT could be the most lucrative over the long run, some insiders believe.

A new arena should be “smaller and more intimate than the Erwin Center,” according to the documents released by UT. The Erwin Center has an announced capacity of 16,540 for basketball games. It’s rarely ever full, although Saturday’s men’s game against Oklahoma is sold out.

The new basketball arena will include men’s and women’s practice facilities, as Cooley Pavilion will be demolished along with the Erwin Center. The current basketball facilities must be abandoned for the expansion of Dell Medical School.

“It’s going to be a tremendous facility that our student-athletes, coaches and fans can be extremely proud of, and one I know everyone is committed to making a great addition to all of the venues on our campus,” Del Conte said in a statement. “We’re really excited about getting this process rolling, moving forward and designing an awesome arena.”