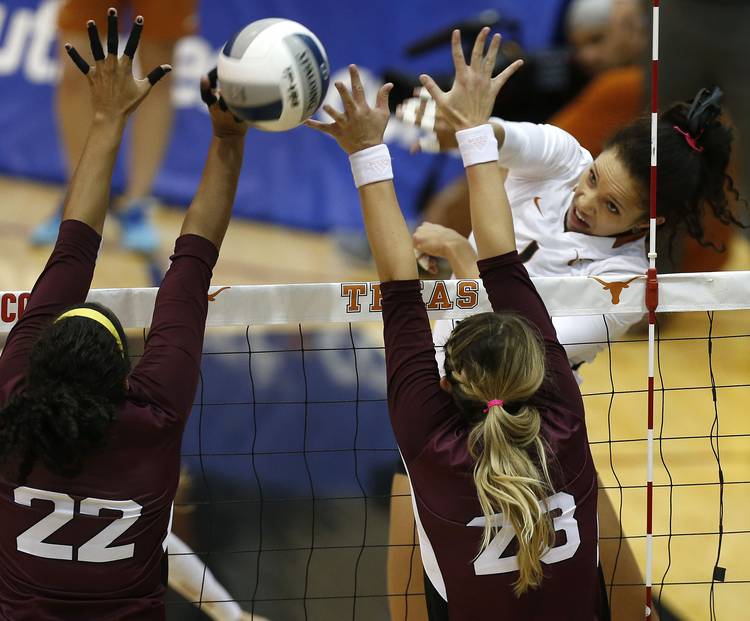 Texas outside hitter Micaya White(1) hits a kill past Texas A&M's Jazzmin Babers(22) and Stephanie Aiple(23) during a match at Gregory Gym on Sept. 14, 2016. (Stephen Spillman / for American-Statesman)

The Texas-Texas A&M rivalry will carry over into the spring.

Texas announced on Thursday that it will host Texas A&M for a scrimmage this spring. The Aggies will be in town on April 4. A week later, Texas will also play Texas State at Gregory Gym on April 12 and participate in Houston’s F.A.S.T. Tournament on April 14.

Since it is a scrimmage, this spring’s match between Texas and Texas A&M won’t go down in this history books. Texas, though, does hold a 74-23 lead in its all-time series with Texas A&M. Last September, UT recorded a 3-0 win over the Aggies in College Station.

What will Dylan Osetkowski do with his hair next?