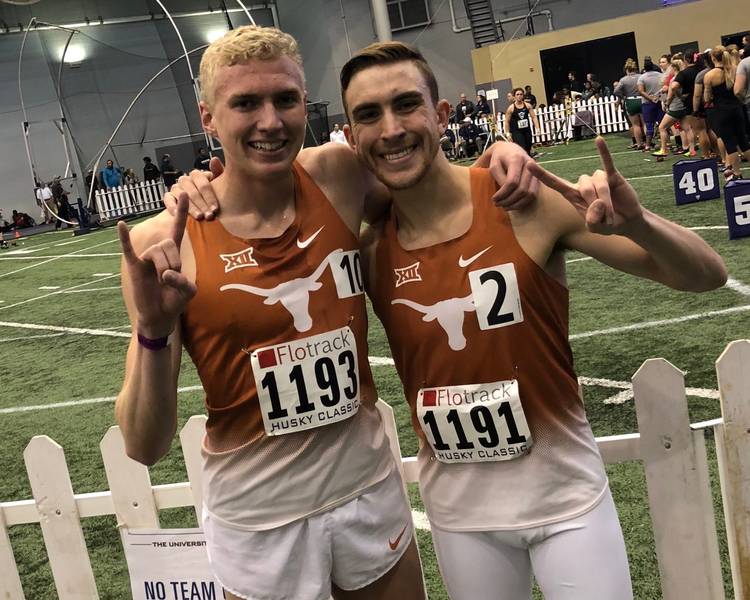 On a trip to Seattle, Texas freshman Sam Worley joined some exclusive company.

Worley was clocked at 3:58.04 in the mile at the Husky Classic on Saturday. The event’s fourth-place finisher, Worley bested the Texas record of 3:58.66 that Joe Stilin set in 2013.

Worley’s fast feat came one week after junior Lauryn Caldwell established the school’s standard in the weight throw. Caldwell recorded a throw of 18.84 meters at the New Mexico Classic.

With Worley and Caldwell, a quartet of active Longhorns now own an indoor record at Texas:

Hamilton, a redshirt senior, set her record at the 2017 Husky Classic. Daniels sprinted into the history books when she won the NCAA’s championship as a freshman in 2016.