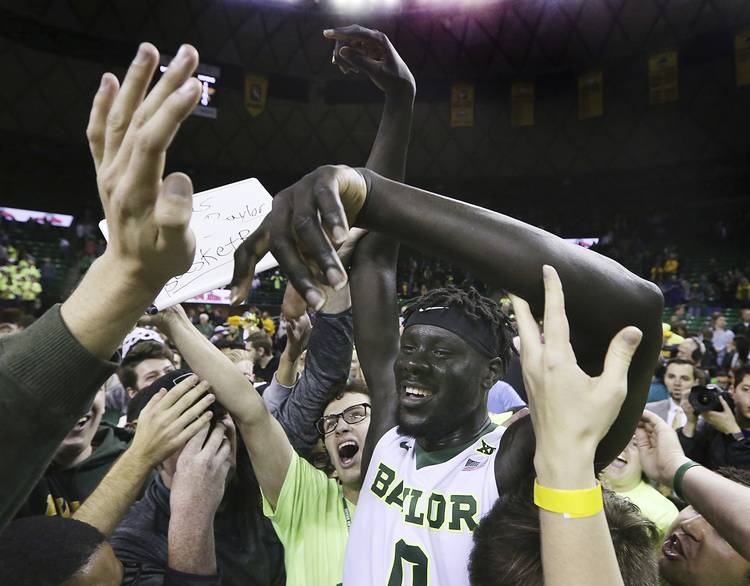 About the series: Texas leads the all-time series 162-89. The Bears have won five straight and seven of the last night games. Baylor’s most recent win was a 69-60 decision in Waco on Jan. 6. UT’s Jase Febres scored 18 points in the first half, but the Horns shot 26 percent in the second half and made only 8 of 26 3-pointers overall.

About the Longhorns: It’s desperation time in Austin. After Monday’s home game, Texas plays at Oklahoma (Saturday), at Kansas State (Feb. 21), back home against Oklahoma State (Feb. 24) and then at Kansas (Feb. 26). The regular season finale against West Virginia is March 3. … UT had been going back and forth between wins and losses for weeks. Last week’s back-to-back losses were the first since the Duke and Gonzaga losses in late November. … Freshman Mo Bamba has been on a tear the last six games. He’s shooting almost 70 percent and averaging 19.2 points and 10.5 rebounds. Last week he was named a candidate for the Kareem Abdul-Jabbar Center of the Year Award.

About the Bears: At this point, you cannot eliminate Baylor from the NCAA picture. Not after what the Bears pulled off on Saturday. Coach Scott Drew’s club notched a sizzling upset of 10th-ranked Kansas. “Lately, we’ve been making shots and we’ve doing better defensively and making it harder for people to score,” Drew said. Baylor’s last three opponents have been held to less than 40 percent shooting. Kansas was 6 of 31 from 3-point range. … Nuni Omot continues to be a positive spark off the bench. He had 23 points against Oklahoma, 14 against Oklahoma State and 17 against Kansas. … After Monday’s game, three of Baylor’s next four games are at home — including matchups against Texas Tech and West Virginia.