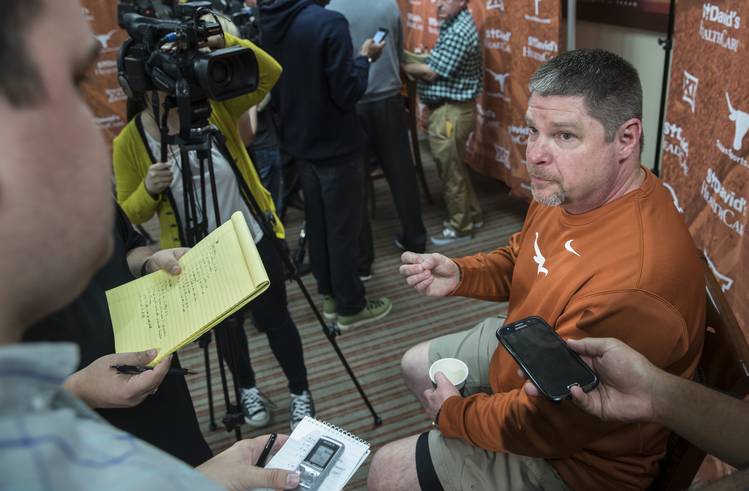 Per a Texas spokesperson, Meekins will coach receivers alongside Drew Mehringer this upcoming season. Meekins’ responsibilities will also be expanded on special teams.

Last year, Meekins coached tight ends at Texas. He guided the same position on Tom Herman’s staff at Houston from 2015-16. Before his hire at Houston, Meekins was the head coach at Spring Westfield High for 11 seasons.

The tight end position was largely ineffective for Texas in 2017 as the Longhorns were hindered by injuries to Andrew Beck and Cade Brewer and the suspension and subsequent redshirting of Reese Leitao. Running back Chris Warren III was moved to tight end during the season. Warren left the team after the regular season, and graduate transfer Kendall Moore was the team’s only tight end in the Texas Bowl.

Last month, Texas hired Herb Hand away from Auburn to co-coordinator its offense and coach its offensive line. Derek Warehime, who coached the offensive line this past season, will now guide the tight ends.