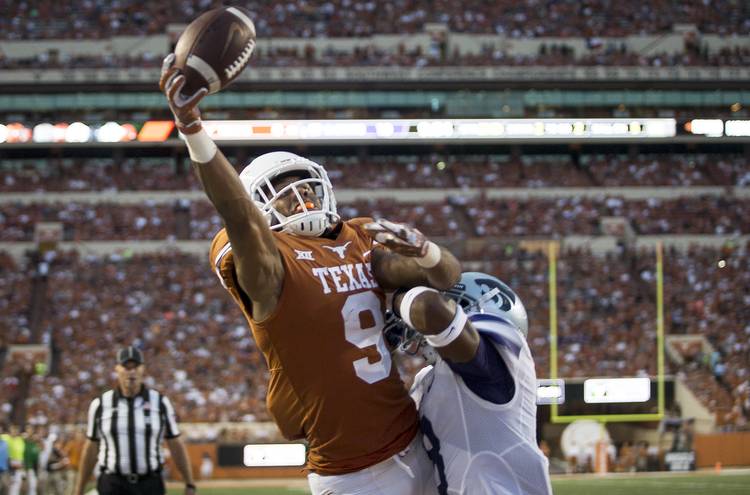 Late last month he started a video blog on YouTube in which he documents workouts and provides life advice for prospective college athletes and football players.

RELATED: Collin Johnson’s next trick involves a beach, a backflip and a football

If you’re thinking, “Wait, didn’t some college athletes recently get their scholarships taken for having YouTube channels?,” have no fear. Johnson doesn’t appear to be making money off his channel, which makes it legal under NCAA rules.

In fact, he answered that question in a recent Q&A published this week.

“The only thing illegal about a vlog as a student-athlete is basically getting paid for your videos,” he said. “That’s something I do not plan on doing anytime soon. I created a YouTube channel just to inspire you guys. I enjoy making videos and when I was younger I always wished somebody older in college or the NFL made videos that I could look up to.”

Some early highlights of his vlog series — there are three episodes so far — include Johnson’s father and Longhorns hall of fame defensive back Johnnie Johnson insisting that he could still beat his sons in a 40-yard dash; Johnson waking up at 4:30 a.m. and arriving at the UT facility before it opened; his detailed explanations of his daily routine; and sharing some tips and tricks for prospective college athletes.

Johnson is far from the first athlete to start a vlog, but his stature with the Longhorns could make it a neat follow throughout 2018. The 6-foot-6 California native is expected to be a leader for the team this season. Through his first two campaigns, he has 82 catches for 1,082 yards and 5 touchdowns.

And if you like the videos Collin Johnson is putting out, his brother Kirk Johnson — a UT running back — has started a series of his own.