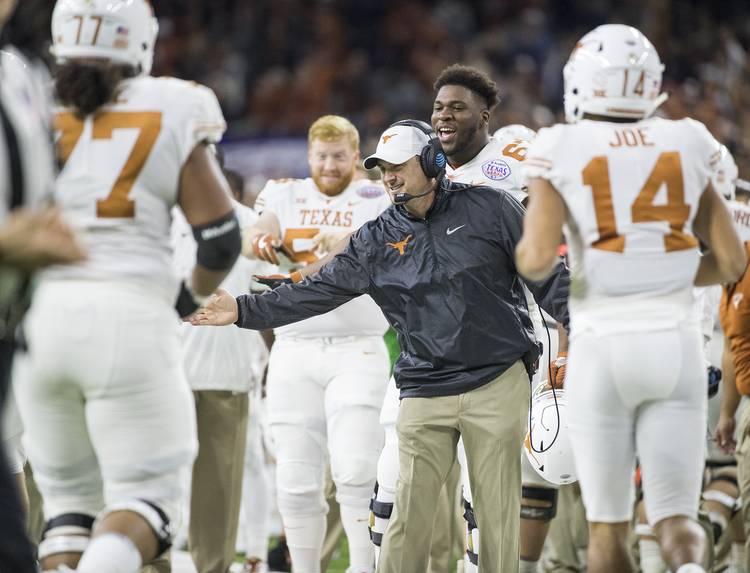 With spring drills set to start next month, Texas has edited to its roster.

Freshman Max Cummins will enter this spring as a tight end. The 6-6, 260-pound Cummins redshirted during the 2017 season, but he was listed as a defensive lineman. Cummins’ position change was first noticed by 247Sports.

Cummins was a three-star recruit out of Fort Worth All Saints’ Episcopal. He caught 19 footballs during his junior year at Austin St. Andrew’s.

The position change will give Texas another body at a position that must answer several questions before the season begins. Senior Andrew Beck sat out last year with a foot injury, but he could have played at the end of the season had Texas wanted to burn his redshirt season. Cade Brewer had his freshman year cut short in November by a knee injury. Reese Leitao joined Cummins among the redshirting freshmen.

Texas will hold its first practice of the spring on March 20.