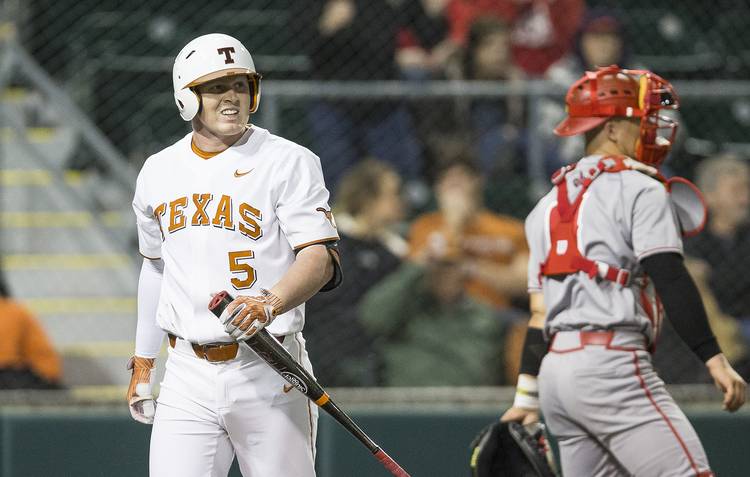 Texas infielder Ryan Reynolds (5) reacts after striking out during against Louisiana-Lafayette on Feb. 16, 2018. NICK WAGNER / AMERICAN-STATESMAN

A 2-1 loss to Louisiana-Lafayette forced Texas to keep its brooms in the dugout on Sunday.

Victors against Louisiana-Lafayette on Friday and Saturday, Texas was attempting to earn its first season-opening sweep since it took four games from Illinois-Chicago in 2009. Texas, though, was instead undone by an offense that produced only four hits and stranded five runners in scoring position. In its first loss of the year, Texas was limited to Austin Todd’s sacrifice fly in the fifth inning.

UT junior Andy McGuire, who was pitching for the first time since 2015, was credited with the loss.

Texas (2-1) will return to UFCU Disch-Falk Field on Wednesday for a midweek game against Lamar. Louisiana-Lafayette (1-2) is at Southeastern Louisiana on Feb. 21.